The Gai Waterhouse/Adrian Bott stable will be shooting for their third successive Wyong Magic Millions 2YO Classic when they saddle up Swift Witness in next Wednesday’s $200,000 race.

The stable has a successful history in the prestigious race, having trained five of the 17 winners since Not A Single Doubt first claimed victory in 2003. 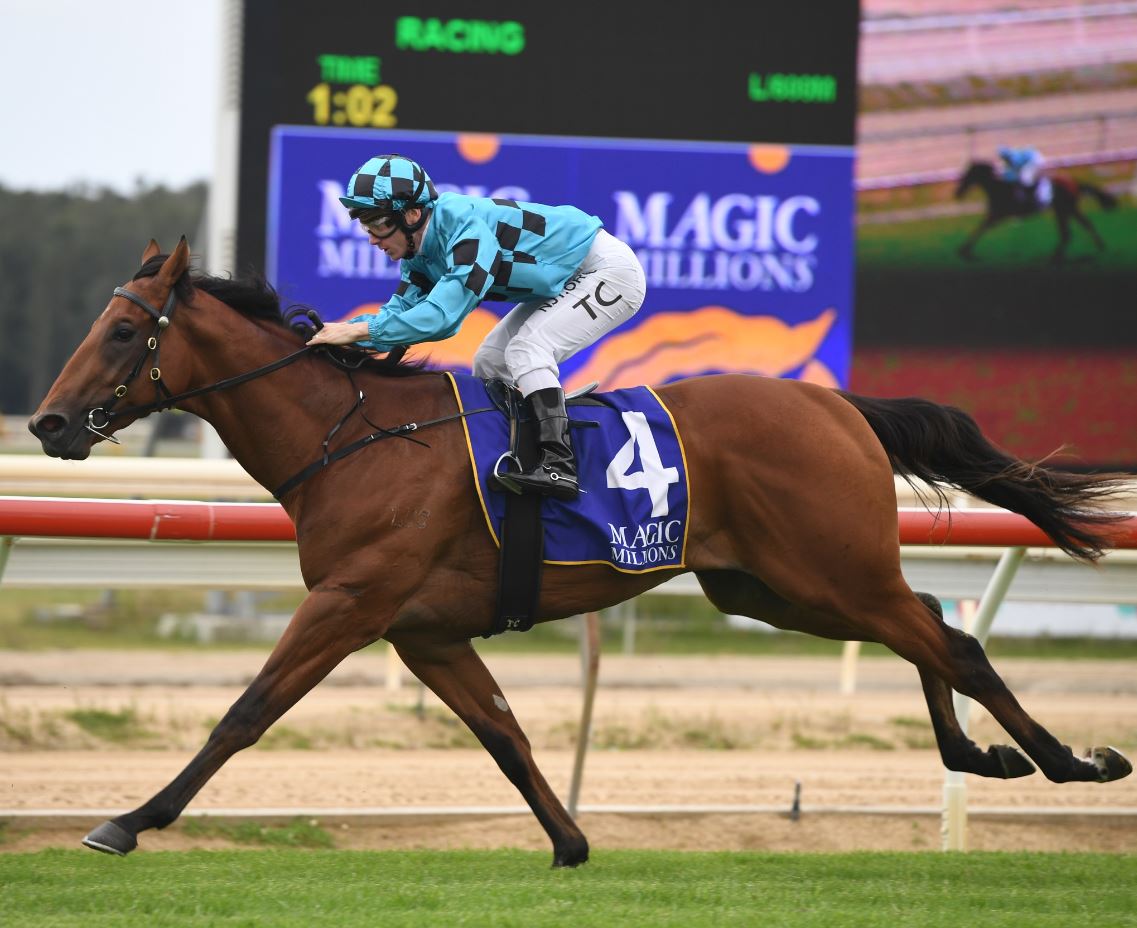 The Waterhouse stable dominated the race from 2005 to 2009 with three wins, and then struck back in 2018 with Unite And Conquer and last year Farnan, who went on to claim the 2020 Golden Slipper.

Unraced filly Swift Witness will carry their hopes into the 2020 race and looks the goods after two trial wins, the latest at Randwick on Tuesday.

A $260,000 yearling, Swift Witness is a sister to Terminology, who was the beaten favourite in the Wyong Magic Millions in 2018, while under the care of the Waterhouse/Bott team.

Trent Busuttin and Natalie look likely to have their first runner in the race, with Gleneagles, a son of the 2015 Wyong Magic Millions winner Caplitalist, who went on to win the Gold Coast Classic and 2016 Gold Slipper.

The colt also trialled impressively on Tuesday and looks set to make his debut on Wednesday.

Canberra two-year-old Miss Ostend, trained by Norm Gardener, will also head to Wyong on the back of her debut win at Canberra on November 15.