“Many of us grew up listening to John’s familiar voice calling not just his specialty the greyhounds, but also the gallops and harness racing throughout the Hunter and Central Coast regions,” said Mr Peter V’landys AM, Chief Executive of Racing NSW.

“John was an icon and one of the real nice guys of the three racing codes. John was also known as a mentor of up and coming racecallers and we pass on our sincere condolences to John’s wife Susan and their family.”

Mr McDermott, affectionately known as ‘Macca’, was born in the Newcastle suburb of Hamilton then moved to Lambton in the outskirts of Newcastle where he lived for more than four decades. 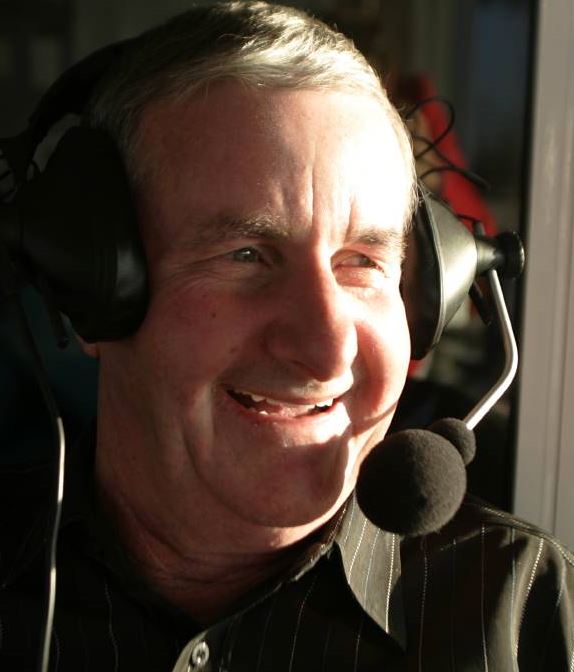 “I worked in the post office and became a postman – I reckon I was the youngest postman ever in those days at 16,” John declared in a recent interview.

“I then did a bread run for 10 years; that suited me as I could always get to Gosford and Wyong races to have a flutter afterwards.

“I got the racing bug at 14 or 15 and loved listening to those great racecallers such as Ken Howard and Bert Bryant.

“I bought a Phillips tape-to-tape recorder to practice and was lucky enough to get a job at Singleton dogs in 1963 when I was 17, and that’s where I kicked off.”

John was known as the voice of The Gardens greyhound racing circuit and his calling career spanned more than 56 years. He retired from calling last September due to illness.

Sky Racing’s Gary Harley said: “John started my career and those of Greg Radley, Tim Newbold and Phil Roberts. We all went to Macca when we wanted to be a caller and asked if he would give us a chance, and of course he did.”

Radley is now one of the chief presenters on Sky Racing, Newbold is the racecaller of Wentworth Park greyhounds and Roberts is a Hunter Valley-based greyhound caller.

McDermott and his wife Susan also trained greyhounds and recently Newcastle greyhounds named the Group 2 Black Top consolation race as ‘The Macca’ in his honour.

Mr McDermott is survived by wife Susan and their daughter Kylie. The couple’s other daughter Leanne passed away in 2004.