The syndicator and Lees won the 2016 Wyong Cup with imported stayer Slow Pace. 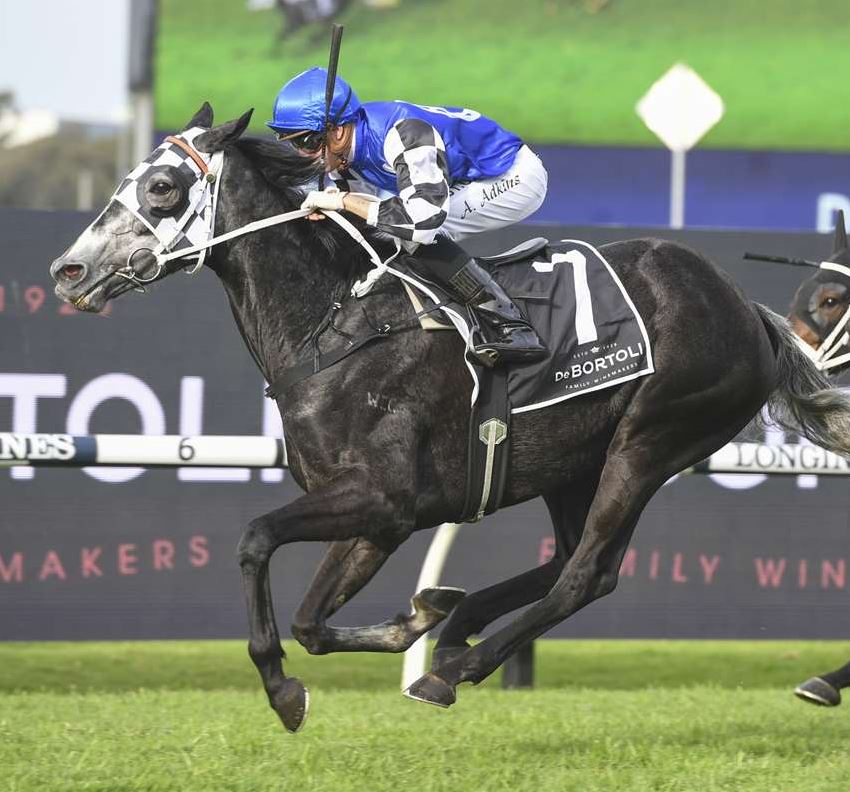 European stayer Attention Run is the $3.90 favourite with TAB for Friday's Wyong Gold Cup after a close second in the Randwick Premiers Cup Prelude on August 15.

The German-bred mare will be ridden by Kerrin McEvoy. The mare was placed in last year's Newcastle Cup and was only beaten 1½ lengths in the 2019 Group 1 The Metropolitan at Randwick.

Topweight Raheen House ($6.50), another of the Australian Bloodstock-Kris Lees stayers, didn’t have luck in the Group 1 Sydney Cup when third in the Autumn.

He will be ridden by Nash Rawiller and is on a Melbourne Cup campaign.

Nine-year-old Big Duke ($9) winner of $1.9m on the track, showed a glimpse of his best form last start.

Newcastle Cup winner Hush Writer ($17) is first-up after a couple of trials and he finished second in the 2019 Wyong Cup.

Lees again has well-fancied runners in Miss Fabulass ($5) and Wandabaa ($4.20), however, they clash with a classy mare in Emeralds ($3.10 fav). The latter raced well in Group company earlier this year and she won last start at Canterbury.

Miss Fabulass has won two recent trials and she was a close second in the Group 1 Coolmore at Rosehill in March.

Wandabaa’s last five starts have been on Metropolitan tracks where she has won three and runner up in the other two. My best bet is Mashrabiya ($1.95 fav) in race 4.

RACE 1, PRIORITY BUSINESS LAWYERS MAIDEN PLATE, 1350M: Explosive Truth ($1.85 fav) was narrowly beaten on the Kensington Track in December. First-up at Kembla in May he was run down late at Kembla. He hasn’t raced since May but is trialling well and has speed to burn. Kiss And Tell ($3.10) has been placed in five of her last seven starts and has drawn well. Atherton ($6) has been a disappointment but has the ability to race well.
SELECTIONS: 5 EXPLOSIVE TRUTH, 10 KISS AND TELL, 1 ATHERTON

RACE 2, WINNING COMMERCIAL B/M 64 HANDICAP, 1600M: High Court ($5.50) is in good form with a win and three placings from his last four starts. He bolted in at Taree last start and he was placed in a stronger race on this track three starts back. He has 60kg but has drawn nicely. Elisa Carolina ($4.60) won her only start on this track in March and was impressive in a recent trial. Rules Don’t Apply ($3.40 fav) has a good chance.
SELECTIONS: 2 HIGH COURT, 5 ELISA CAROLINA, 7 RULES DON’T APPLY

RACE 3, CENTRAL COAST COOLROOMS CLASS 1, 1100M: Badia ($3 fav) was runner-up at Canterbury last start and first-up in July the mare was only beaten a length on this track. She normally races back in the field but she has plenty in her favour with a nice barrier and McDonald aboard. Stablemate Archery Butts ($8) is a fast horse and he has won two trials recently. Isalute ($4.60) was an easy winner in his only race start at Newcastle in June and he resumes after a good trial.
SELECTIONS: 2 BADIA, 1 ARCHERY BUTTS, 5 ISALUTE

RACE 4, AUSTRALIAN BLOODSTOCK MAIDEN HANDICAP, 1200M: Mashrabiya ($1.95 fav) is on debut after two impressive trial performances recently. The filly has speed and cruised home to win a Hawkesbury trial on August 17. She ran the smart Torun to a length in a trial on July 20. Sammy ($3.40) was placed in good company in his only two starts in May and June. Midstream ($14) in a strong stable and resuming here after two decent trials.
SELECTIONS: 9 MASHRABIYA, 2 SAMMY, 14 WINDSTREAM

RACE 5, HOOLIHAN PARTNERS DA VINCI B/M 64, 1300M: Celandine ($4.60) has had two starts this prep and this is a winnable race for the mare. She led all the way to win first-up at Warwick Farm in July and last start she struck a heavy 10 when fourth at Warwick Farm. She went okay in a recent trial. Regimental Band ($5.50) has been trialling well and she has performed well in much better company. Skymist ($3 fav) is a quick mare and is chasing a hat-trick after wins at Gosford and Newcastle.
SELECTIONS: 5 CELANDINE, 1 REGIMENTAL BAND, 3 SKYMIST

RACE 6, BISHOP COLLINS ACCOUNTANTS MONA LISA STAKES, 1350M: Emeralds ($3.10 fav) is a classy mare with good Group form in the autumn. She bolted in at Canterbury last start before a nice trial. The mare has an awkward draw but it is a long run to the first turn and J-Mac rides. Miss Fabulass ($5) has been outstanding in winning two recent trials and she was runner-up in the Group 1 Coolmore in March. Wandabaa ($4.20) is up in class but is flying with 3 wins and 2 placings from her last five city starts.
SELECTIONS: 7 EMERALDS, 1 MISS FABULASS, 4 WANDABAA

RACE 7, CARLTON DRAUGHT WYONG GOLD CUP, 2100M: Attention Run ($3.90 fav) is beautifully weighted on the limit after a narrow defeat in The Premiers Cup Prelude at Randwick recently. She won first-up at Rosehill in June and she was placed in last year’s Newcastle Cup. Hush Writer ($17) hasn’t raced since the Sydney Cup but he was runner-up in this race last year before winning the Newcastle Cup. Savacool ($6) was outstanding in winning the Hawkesbury Rowley Mile two starts back.
SELECTIONS: 6 ATTENTION RUN, 2 HUSH WRITER, 5 SAVACOOL

RACE 8, THE DOYLO SPRINGTIME B/M 68, 1100M: Toro Toro ($4.20 equal fav) is pretty smart and resumes here on the back of an all the way trial win. He has won three from six and he was only beaten half a length by Fender at Randwick in April. He led all the way to win a Scone trial recently. Rifles ($4.60) is very quick and was a brilliant first-up winner while Partners ($4.20 eq fav) is in great form.
SELECTIONS: 4 TORO TORO, 6 RIFLES, 1 PARTNERS