Trainer Kris Lees is confident his classy three-year-olds Gem Song and Graff can shape up in respective races at Rosehill Gardens tomorrow.

Gem Song (Jason Collett, $8 on TAB fixed odds) is back after an interrupted campaign to run against his own age in the Listed Darby Munro Stakes (1200m), and Graff (Brenton Avdulla, $5 equal favorite) takes on older sprinters, seeking a Group 1 breakthrough in the $700,000 The Galaxy (1100m). 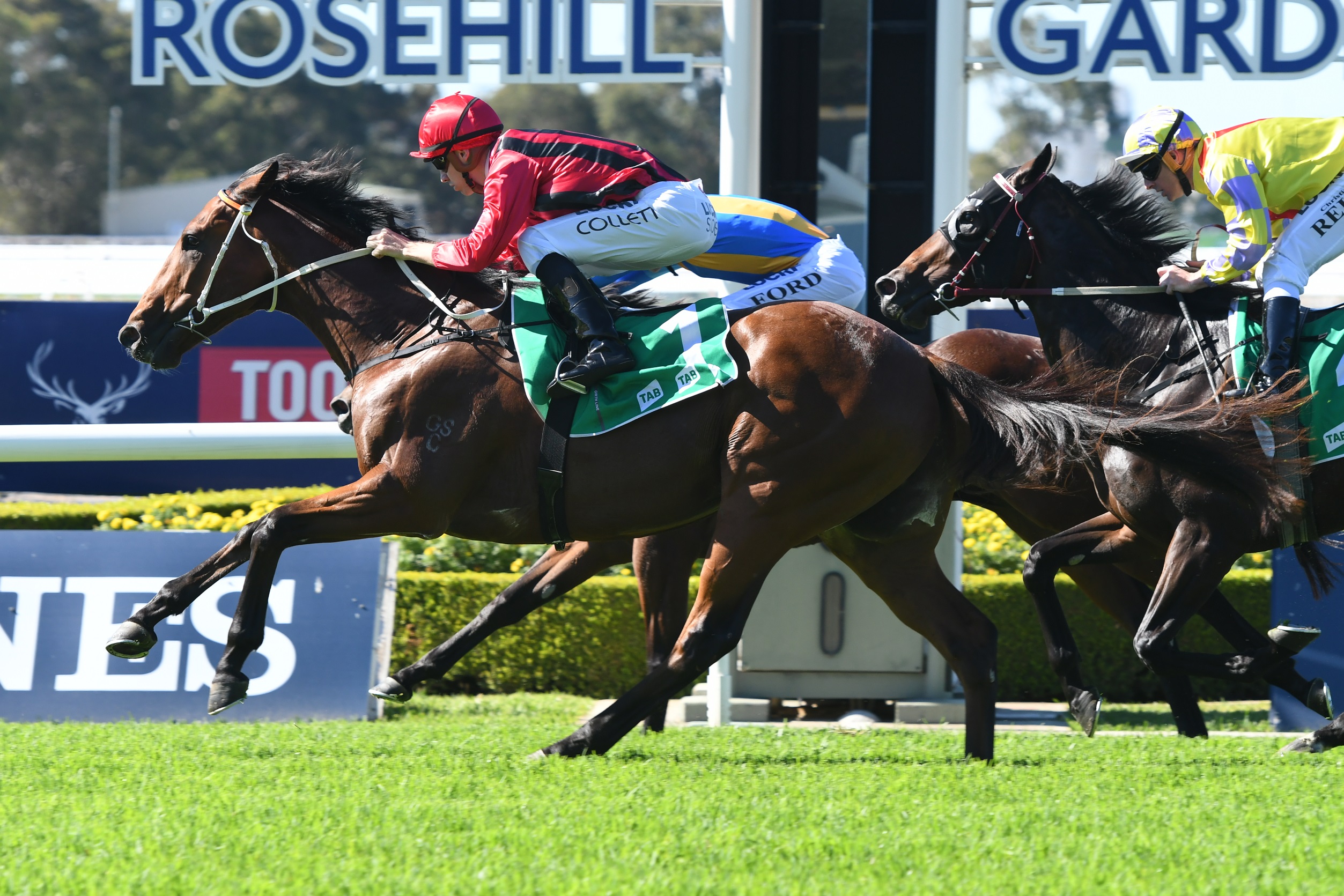 Gem Song looked set for a successful autumn campaign when first-up he overcame racing on the inferior inside section in the straight to win the Group 3 Eskimo Prince Stakes (1200m) at Warwick Farm on February 9 on soft ground.

That took his record to four wins from only six starts (he has never missed a place), but a skin infection forced him out of the subsequent Hobartville Stakes (1400m) and Randwick Guineas (1600m).

Gem Song, whose sire Your Song relished the wet, showed he was ready to resume his campaign with an impressive 845m Wyong barrier trial second on March 12.

“He is going terrific,” Lees said this morning of the colt’s progress. “I’m not worried about the break between runs, he always races well fresh and is unbeaten from two starts at Rosehill.”

Gem Song’s clash with boom three-year-old Classique Legend ($1.90 fav), unbeaten from two starts in easier grade, will be one of the highlights on an outstanding program.

Graff is back from Melbourne following excellent Group 1 fourths in the Black Caviar Lightning (1000m) and VRC Newmarket Handicap (1200m) at Flemington on February 16 and March 9 respectively, and his trainer says “I couldn’t be happier with him”.

“He is going to get his chance for a Group 1 breakthrough from a soft draw and with only 52kg,” Lees said.

Graff is in receipt of 7.5kg from topweight Redzel ($5 eq fav, and meets him 2kg better than when he finished fifth to him in The Everest (1200m) at Royal Randwick last October.

Provided Graff races up to expectations in The Galaxy, he will join stablemate and last year’s Galaxy winner In Her Time in the $2.5m Group 1 TJ Smith Stakes (1200m) at Randwick on April 6.

“Big Duke’s two runs for me have been excellent, and he’s now looking for the 2400m,” he said. “He has won third-up previously and handles the wet conditions.”

Lees also runs veteran Doukhan (Collett, $34), who has been improved by one run this time in and also is at his best on soft and heavy ground.

“Serene Miss has come on nicely since her first run back when she made ground, and is two from two in the soft,” Lees said. “Both Star Reflection and Miss Que are racing well, and also can handle the conditions.”

“Both have been improved by two runs back, and are outside chances,” Lees said. “Karavali is at her best on wet ground.”

Lees does not have a runner in the $3.5m Group 1 Golden Slipper Stakes (1200m) but will take a keen interest in the performance of pre-post favorite Cosmic Force ($4.60).

The Deep Field youngster was bred by one of Lees Racing’s long-standing clients Bob Hannon, who retained a small interest in the colt when sold and stands to collect a $1m Inglis bonus if he wins.