There’s no doubt in Sir Mark Todd’s mind that UK galloper Eminent is a smart racehorse but admits he’s not sure what to expect at his Sydney debut on Saturday week. 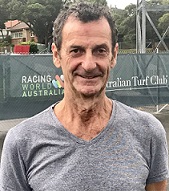 Trainer Sir Mark Todd is happy with Eminent's condition ahead of his Sydney debut on Saturday week.

So a tick of approval from jockey James McDonald following a gallop at Canterbury on Wednesday morning was music to the trainer's ears.

Eminent, likely to race under the name He's Eminent, cantered two laps of the Polytrack then galloped a lap of Canterbury at close to a full tilt.

“We did a lot of work with him at home and felt he was going well but when you get the race day jockey on and they say you're on track it's another encouraging sign,’’ Todd said.

“He's done a nice piece of work and James felt he doesn't need to do a lot more and is pretty much on target for his first run.’’

While Eminent holds a nomination for the Doncaster Mile it’s the Group 1 $700,000 Ranvet Stakes (2000m) where the five-year-old will be put to the test.

Despite being best known as a seven-time Olympic eventer and dual gold medallist, Todd is no novice when it comes to training racehorses.

After the Sydney Olympics he trained in New Zealand where he won a Group 1 New Zealand Oaks with Bramble Rose, the dam of Tangled, who was also placed in an AJC Oaks, but returned to eventing in 2007.

He said some of Eminent’s training, particularly early on, involved a lot of dressage, jumping and long hacks, and joked to the entire’s owner Sir Peter Vela that he’d make a fantastic event horse.

At his best under trainer Martyn Meade, Eminent was Group 1 placed and holds a comfortable decision over Avilius in a Group 2 in France in 2017.

“That's Eminent at his best and if we can recapture that form we have a chance to be competitive over here,’’ Todd said.

“His form last year tailed off and we've come here knowing at his best he is a very good horse but we still have a few questions to answer.

“When I was training I never ran a horse first-up over 2000m so we're in unknown territory.’’

McDonald was glowing in his praise for Eminent after the gallop though is wary the horse didn’t have a great 2018 and needs to prove himself again.

“He's come here in great order, he felt terrific and worked accordingly. He did all the little things I wanted to see,’’ McDonald said.

UK galloper Eminent with @mcacajamez in the saddle works with His Majesty at Canterbury with trainer Sir Mark Todd looking on. @7horseracing @SkyRacingAU @tabcomau pic.twitter.com/I6h8ZzByD3

“He hasn't raced for a while but he still had enthusiasm, the most pleasing part is he had a blow and pulled up nicely.’’

If Eminent comes through the Ranvet in good style – Todd said he feels the horse will need a reasonably good track – he has the daunting task of meeting Winx in the Group 1 $4m Longines Queen Elizabeth Stakes (2000m) on April 13.

He’s not entertaining any thoughts of an upset but said it’d be a privilege to race a horse against her.

“She's not just an Australian icon, you mention the name Winx anywhere in the world and people know her,’’ he said.

“But it's a horse race, if we go well enough in the Ranvet and get a chance to run there it'd be an amazing occasion to be a part of.

“Hopefully our horse is good enough that he can make it into a horse race.’’