Jockey Tim Clark gained first-hand experience of talented Hawkesbury mare Adelong on Tuesday prior to riding her for the first time at Royal Randwick on Saturday week.

With a brilliant record of six wins and two seconds from eight starts under leading trainer Brad Widdup, the now five-year-old mare faces her stiffest test when she makes her black type debut in the Group 3 Toy Show Quality (1100m) against her own sex. 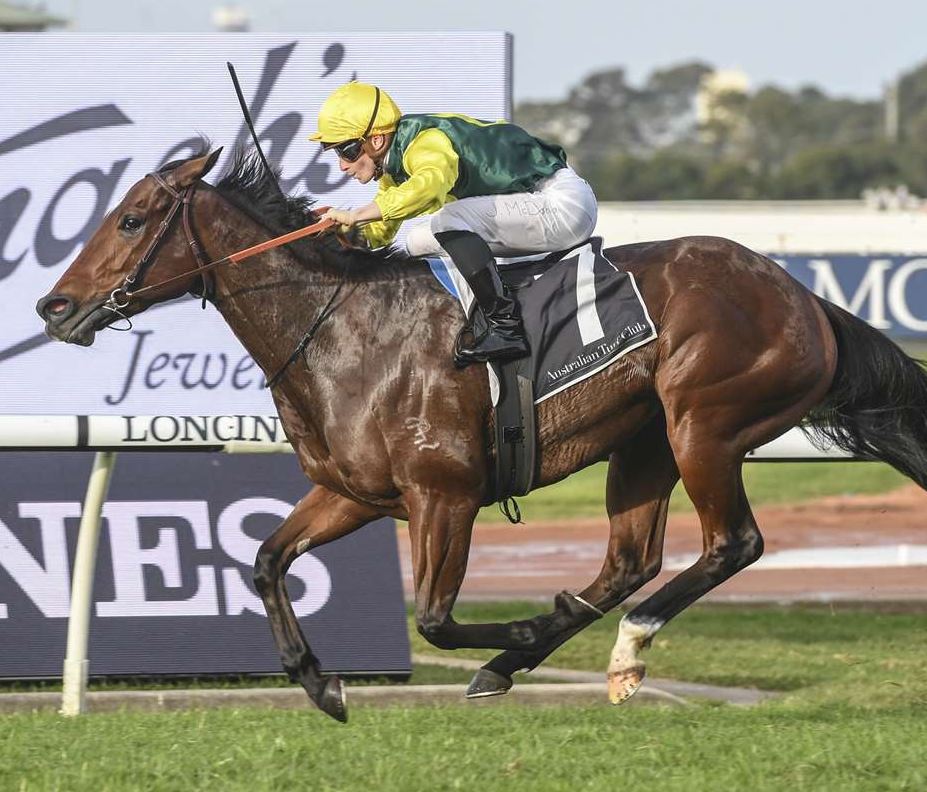 Aware that Sydney’s premier jockey James McDonald, who has ridden Adelong three times in town for two wins and a second, will not be able to ride her at her expected lighter weight (54kg), Widdup moved swiftly to not only secure Clark’s booking, but got him to partner her in a 1080m Open trial on the Randwick Polytrack circuit on Tuesday morning.

Adelong showed all her customary dash, travelled strongly in front and wasn’t pushed out, being collared on the post by Think It Over.

“I was very happy with her trial, and she had a good blow afterward,” Widdup said.

“Adelong is a tough mare and has come a long way since she first entered my stable.

“Tim (Clark) has done a bit of riding for me lately, and it was good that he got a ‘feel’ of her on Tuesday morning before riding her in the Toy Show.”

Though Widdup is largely in a rebuilding phase with many young horses in his stable, he has the likes of better-performed horses such as Adelong, Sandbar, Icebath, Akari, Rare Episode and Switched in work.

He is taking Icebath to Newcastle on Thursday for a special gallop between races leading up to her resumption on the same Randwick program as Adelong on Saturday week.

“She will run in a 1200m Benchmark 78 Handicap,” Widdup said. “We need to get Icebath’s Benchmark rating (currently 74) up for her to be able to contest some of the better races in spring.

“Icebath was unlucky in a couple of races last preparation, and her rating should already be higher.”

The Sacred Falls four-year-old was luckless twice when second to Indy Car in the Listed South Pacific Classic (1400m) at Randwick on April 11 during The Championships, and again when third to Dawn Passage in the Group 3 Hawkesbury Guineas (1400m) at Rosehill Gardens a fortnight later.

Akari, who turned in a stunning finish to land the Listed Hong Kong Jockey Club Stakes (1400m) at the Melbourne Cup carnival at Flemington last November, will trial at Rosehill next Tuesday.

“I will see how she trials, and then decide whether to trial her again or find a suitable race to begin a new preparation with her,” Widdup said.