The fifth running of the world’s richest race on turf produced a stunning result when the favourite Nature Strip clung on desperately to claim the $15 million The TAB Everest at Royal Randwick.

Nature Strip ($3.70), under the urgings of James McDonald, prevailed by a long head from the fast-finishing Masked Crusader (Tommy Berry, $12) with Eduardo (Nash Rawiller, $4.20) half a neck away. 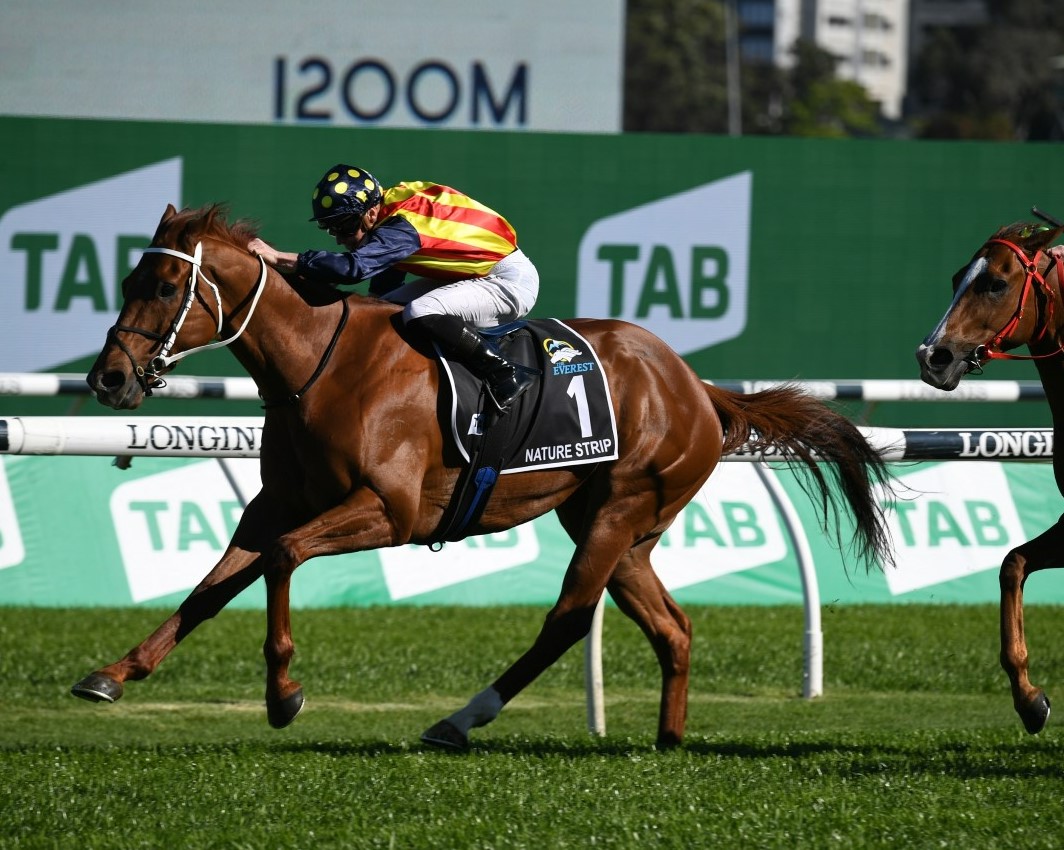 “Today’s Everest is the first major event held since the end of Sydney’s lockdown which we have labelled ‘the race that stops the hibernation’,” said Racing NSW’s Chief Executive, Peter V’landys AM.

“The Everest was designed with the younger generation in mind and they have embraced it with a young and enthusiastic crowd attending today.

“We must thank the NSW Government and the Premier, Dominic Perrottet for supporting our industry and allowing Royal Randwick’s capacity to be increased to 10,000 patrons.”

The TAB Everest is now regarded as one of the world’s best sprint races with today’s field one of the best assembled in Australia.

The race was broadcast via Sky Racing to more than 65 countries around the globe.

“The atmosphere on course at Royal Randwick has been electric and Sydney is well and truly back celebrating in spring,” Mr Barkley said. “Royal Randwick embraced the reopening of Sydney and has led the way in the first major celebration.

“We are especially excited to be able to welcome crowds of at least 10,000 in coming weeks including at the XXXX Golden Eagle and Bentley Cup Day.”

Tabcorp Managing Director Wagering & Media, Adam Rytenskild, said: “We are proud to support the TAB Everest as both a sponsor and a slot holder.

“Every year this race seizes the attention of racing fans and the broader public, and we are proud to have brought the $15 million sprint to audiences throughout Australia and the world through Sky Racing.

“Congratulations to the connections of Nature Strip and to TAB punters who won on the race. Our runner this year, Lost and Running, did a great job to finish hard on the heels of the first three.”