The Gong A Breath Of Fresh Air For Kembla Grange

New life is set to be injected into racing in the Wollongong area with Saturday’s inaugural running of the $1 million The Gong (1600m) expected to draw the biggest crowd in a decade to Kembla Grange racecourse.

Illawarra Turf Club’s racing manager Michael Craig said planning for the meeting has been frantic and anticipation is high for the club’s first stand alone fixture.

Kembla Grange currently hosts just the one Group race, the Group 3 ITC Arrowfield Classic for three-year-old fillies (formerly the Keith Nolan), and its biggest crowds have previously been seen on Melbourne Cup day but that meeting has been in decline in recent years.

“Since the interest started to drop away from midweek race meetings that was when our feature meetings started to lose the bigger crowds,’’ Craig said.

“But we are expecting the biggest crowd we’ve had for 10 years or so.

“Indications for us are we are looking at a crowd of 8000 to 10,000. If we did get that we’d have to start looking at setting a crowd limit for the venue for future years.’’ 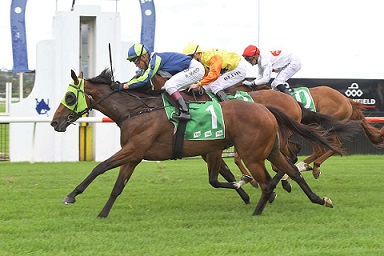 The Gong is positioned at the end of the new-look NSW Spring Carnival that began back on September 21, ran through the Everest Carnival and headed north last weekend for The $1m Hunter at Newcastle.

Craig sees the Kembla Grange meeting in similar terms to when Hawkesbury was the first provincial club to be handed a stand alone date in 2006 - as an exciting opportunity and something to build on.

“We’ve been planning for this meeting basically since the day it was announced,’’ he said.

“It’s a world of unknowns at the moment, we did have phone calls come in the day Racing NSW made the press announcement so we started a waiting list then for when we opened up our packages and they’re basically gone.

“The Hawkesbury stand alone meeting is at the end of the autumn carnival and they get good fields for the day and a lot of interest.

“And being an hour closer to Sydney than Newcastle we’ve got a lot of inquiries from ATC members regarding reciprocal rights.''

“There’s no Koldings but it will be very similar to the field they got for The Hunter in terms of quality,’’ he said.

“That’s what you’ve got to expect at the end of a carnival but maybe our race will be a good lead up for the Villiers as well.’’

Away from the action on the track there’s $12,500 in prizes on offer for Fashions On The Field, there’ll be a Canterbury night meeting-style Food Truck Lawn and a variety of children’s entertainment.

A $10 discount is being offered for pre-purchase of tickets – here.

All the entries, form and replays for Saturday's The Gong meeting at Kembla Grange