Japan Cup winning trainer Tomokazu Takano is confident Kluger is over the issues that caused a loss of form last year as he sets his sights on next week's $3m The Star Doncaster Mile. 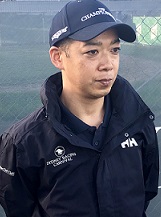 The seven-year-old is one of three recent arrivals at the Canterbury quarantine, along with Godolphin pair Dubhe and D'bai, and Takano said his entire couldn't have travelled any better.

But it's hard to ignore the fact that Kluger's last win was way back in April 2016 in a 1600m Group 2 at Kyoto and he'll tackle the tough Doncaster at his first run since running fourth in an 1800m handicap on dirt at Nakayama on January 6.

"Because we had the setback we didn't work him as hard, now he has no issues and is back on track,'' Takano said.

"He's come back okay after the setback and had a couple of races on the dirt.

"He worked very well this morning and we're very happy.''

Kluger worked over 1400m on Tuesday morning on the grass with the last 1000m the serious part of his gallop.

Tommy Berry has been booked to ride Kluger in the Doncaster and he's a $15 chance in TAB's all-in market.

Takano, who won the Japan Cup in 2015 with Shonan Pandora, says the Sydney autumn will provide perfect conditions for his horse and the 53kg was very appealing when it came to committing to the trip.

"The grass here will suit him better than in Japan. He doesn't mind wet ground as well,'' he said.

The Charlie Appleby duo landed a couple of hours before James Cummings won the Golden Slipper for Godolphin and they've settled in quickly though haven't done any serious work.

Track rider Robbie Fitzpatrick partners D'bai in his work and said the five-year-old is a very talented sprinter who shouldn't be underestimated when he steps out at Randwick next month.

"He does everything so effortlessly, he moves great and has a lovely attitude. The key to him is getting him settled and relaxed.’’

Dubhe may be nominated for the Chairman's Handicap on ATC Derby Day but it's most likely he'll go straight into the Sydney Cup.

Appleby won the Sydney Cup in 2017 with Polarisation.

Meanwhile, He's Eminent looked bright on the track following his brave second behind Avilius in the Ranvet Stakes last Saturday.

His trainer Sir Mark Todd is in New Zealand this week and he was rapt with the five-year-old's bold front-running display.