Superbly-Bred Gallopers To Show Their Wares At Newcastle

Three bluebloods will travel to Newcastle on Tuesday for a crackerjack seven-race provincial race meeting in which James McDonald, Brenton Avdulla, Nash Rawiller and Rachel King have taken mounts.

Chris Waller, who has multiple runners on the spacious track each meeting, has accepted with 10 of his team including the blueblood Bucharest ($1.95 favourite on TAB) and Covent Garden ($5.50). 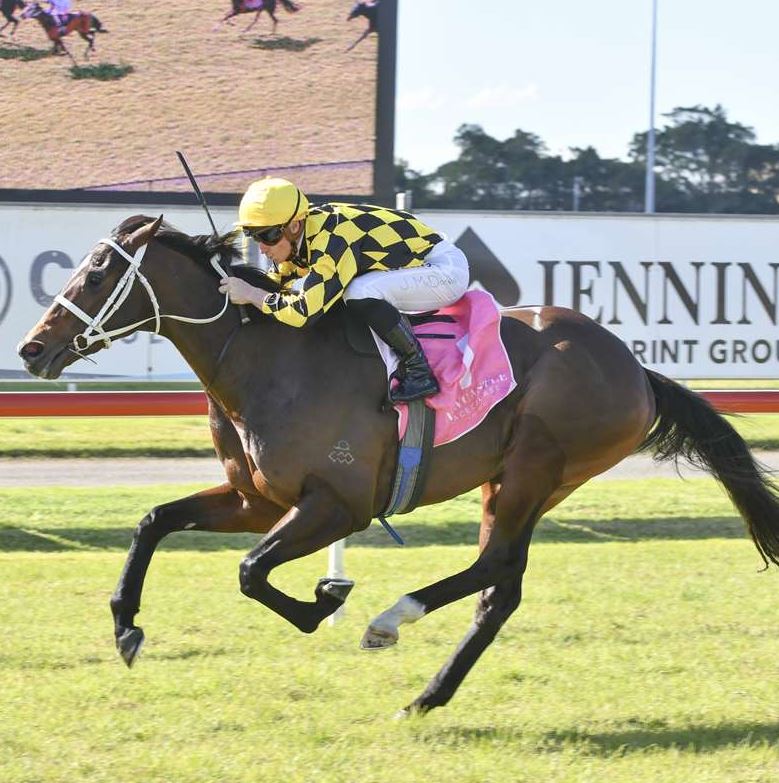 He was an impressive winner on debut at Newcastle on August 13 and Tuesday he contests the 1400m Sage Painting Class 1 Handicap with McDonald aboard.

He is a short-priced favourite from barrier one and he is well placed with 56½kg on his back.

Winx’s half-sister Covent Garden (Exceed And Excel-Vegas Showgirl) will have her second start in the 1300m Red Funnel Fillies and Mares Maiden Plate.

Winx’s jockey High Bowman has ridden the filly in four barrier trials and her only race start on a heavy 9 track at Canterbury on June 10.

Covent Garden had been trialling well before that run, however, the filly was not comfortable on the heavy track on debut. She ran on strongly to be beaten half a length in a recent Rosehill trial.

With Bowman suspended, McDonald rides Covent Garden on Tuesday and she has an ideal barrier.

The third of the bluebloods is the Kim Waugh-trained mare Reaching ($2.15 fav), a daughter of four-time Group 1 winning female Alinghi.

Reaching is raced by Arrowfield Stud owner John Messara, legendary broadcaster Alan Jones and John Leaver, and is at a short quote to win the Australian Bloodstock Maiden (1500m).

Reaching has been placed in four of her five starts in the autumn. Back then the filly was touted as an ATC Oaks contender, however, her campaign was terminated before the Group 1 event.

First-up at Newcastle on August 13, the four-year-old came from a long way back for an eye-catching placing. McDonald rode Reaching that day and he has the mount on Tuesday.

Waller will send another two favourites up the M1 on Tuesday. The three-year-old filly Centimental ($3.60 fav), a daughter of Australia’s champion sire Snitzel, will take on stablemate Covent Garden in the Red Funnel Fillies and Mares maiden Plate (1300m).

Centimental was unlucky when narrowly beaten at Newcastle on August 13. The champion trainer also has early favourite Captivare ($2) in the Hunter Valley Premium Meats Maiden Plate (1300m). The colt resumes on the back of a nice trial and he is another good mount for McDonald.