Newcastle trainer Kris Lees will saddle up seven of his team in Saturday’s $150,000 Polytrack Provincial Championships Qualifier at Wyong. 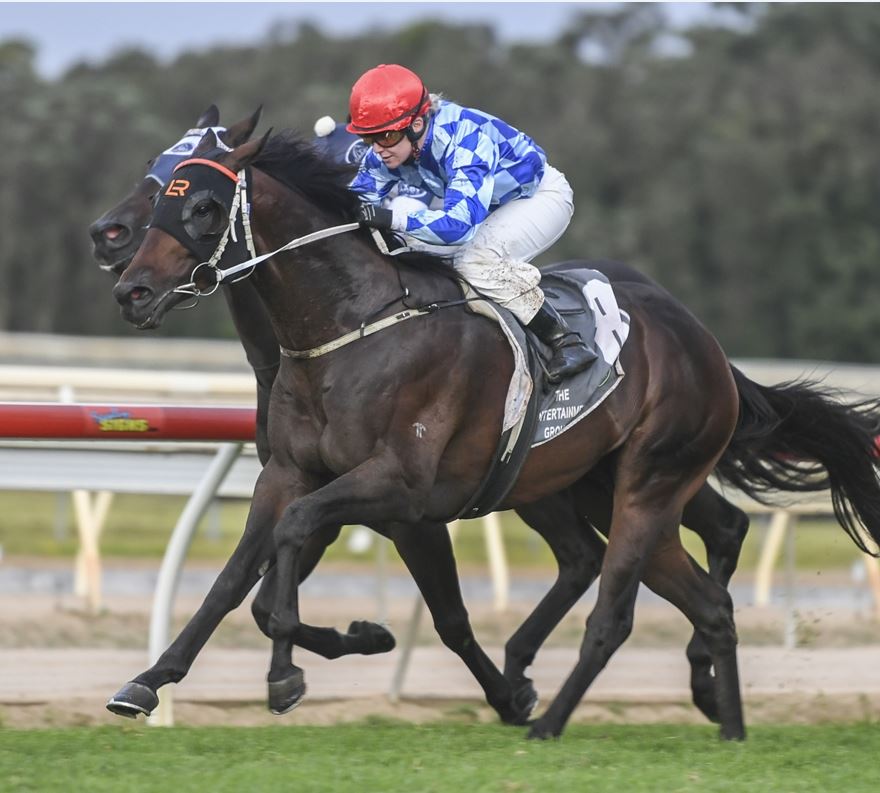 Lees has won the Provincial Championship series twice with Danish Twist (2016) and Serene Miss (2018) and in this current series, he has already qualified Cristal Breeze and Animate for next month's Final.

Lees has three outstanding chances in the Wyong Qualifier.

Darleb has won two races from three starts at Wyong and he will be ridden by the in-form Christian Reith.  Two starts back he was an easy winner of a Benchmark 72 at Warwick Farm.

He hadn’t raced for two months when he finished down the track in the Gosford Qualifier recently after being held up. Darleb has good heavy track form.

Elegant Grace is a speedy mare with a recent Kensington Benchmark 72 victory to her credit. Lees's promising Kiwi-bred four-year-old Loch Lomond is unbeaten in two starts and despite a rise in class, he is capable of a bold showing.

RACE 1, LAKES PODIATRY CLASS 1 & MAIDEN PLATE, 2100M: Librarian ($3.30) loves a heavy track and is racing in good form. He led all the way at Newcastle over 1870m on a heavy track two starts back and he hit the line well when placed at Gosford over 1900m last start. Fields Of Honour ($2.30 favourite) won a 1600m Warwick Farm Maiden two starts back then tried hard when second all the way at Gosford last start. Oceanic Flash ($4.40) is a maiden but a win will not surprise.
SELECTIONS: 2 LIBRARIAN, 3 FIELDS OF HONOUR, 7 OCEANIC FLASH

RACE 2, PANASONIC NANOEX MAIDEN PLATE, 1600M: Amulet Street ($1.90 fav) deserves to breakthrough after six placings in seven starts. He has been runner-up in his only two starts on heavy tracks. He will be on the speed over the mile and apprentice Dylan Gibbons claims 3kg. Earl of Sandwich ($3.80) drops in class after a first-up second on his home track at Wyong recently. Valiant Lad ($9) had been trialling well before his debut placing at Goulburn two weeks back.
SELECTIONS: 1 AMULET STREET, 3 EARL OF SANDWICH, 7 VALIANT LAD

RACE 3, VIETNAM VETERANS KEITH PAYNE VC HOSTEL 2YO MAIDEN PLATE, 1200M: Gymnastics ($8.50) is a dual acceptor and the Godolphin filly is bred to be good. She was a fast-finishing second to a stablemate on a soft 6 on debut at Newcastle on February 18. The filly was never on the track last start at Newcastle and has the rails barrier on Saturday. Sweet Ruby ($3.20 fav) is on debut and is trialling well. All Girls ($5) was placed in a strong race at Gosford on debut recently.
SELECTIONS: 8 GYMNASTICS, 11 SWEET RUBY, 5 ALL GIRLS

RACE 5, MITSUBISHI HEAVY INDUSTRIES A/C MAIDEN, 1350M: Gymnastics ($8) is the only emergency and if she secures a start and James Cummings decides to run here, she will be hard to beat. Parochial ($3.40 fav) wasn’t far away on debut at Goulburn in September and he won a recent Randwick trial. Taumalolo ($4.40) was only beaten a length second-up at Hawkesbury on March 16.
SELECTIONS: 15 GYMNASTICS, 2 PAROCHIAL, 3 TAUMALOLO

RACE 6, LAKE MACQUARIE SHEET METAL CLASS 1, 1350M: Fifteen Aria ($4.20) has had two starts for a Warwick Farm maiden win two days before Christmas and a two-length fifth at Randwick on January 9. She had a quiet trial recently. California Cible ($5.50) was an easy Kembla winner first-up on March 2 and he raced away hard in a recent trial. So Far Away ($3.50 fav) was unlucky last start at Newcastle.
SELECTIONS: 2 FIFTEEN ARIA, 1 CALIFORNIA CIBLE, 6 SO FAR AWAY

RACE 7, JOHN CROSS MEMORIAL B/M 68, 1100M: Patagonian ($8) has his hoof on the till and has very good heavy track form. He came from last when beaten 2 lengths at Gosford last start and his first-up run when second at Newcastle was an eye-catcher. He will go back but is very strong late. Ranges ($6) had a run of placings last prep and he resumes after a nice trial. Egyptian Missile ($3.60) has good country form.
SELECTIONS: 3 PATAGONIAN, 2 RANGES, 6 EGYPTIAN MISSILE

RACE 8, POLYTRACK PROVINCIAL CHAMPIONSHIPS WYONG QUALIFIER, 1350M: Darleb ($7.50) loves Wyong and he has a good record on heavy tracks. He has won two from three at Wyong and has a win and two placings on heavy tracks. He is a backmarker but is strong late. Elegant Grace ($9.50) led all the way to win on the Kensington Track two starts back and she has raced well at Wyong. Loch Lomond ($10) is unbeaten in two starts and Bombasay ($12) and Safado ($6 fav) are talented.
SELECTIONS: 3 DARLEB, 13 ELEGANT GRACE, 11 LOCH LOMOND