Stapleford Looking To Bring Back Some Magic At Gosford (Tues)

Legendary local trainer Albert Stapleford only has one horse in work at his Gosford stables, but is more than happy with the lesser workload as he is in the twilight of his career.

Stapleford saddles up Dia Vernon in the Peter Norrgard Memorial Class 1 at The Entertainment Grounds on Tuesday, but admits he is not as good as some of the other horses on his honour roll over the decades. 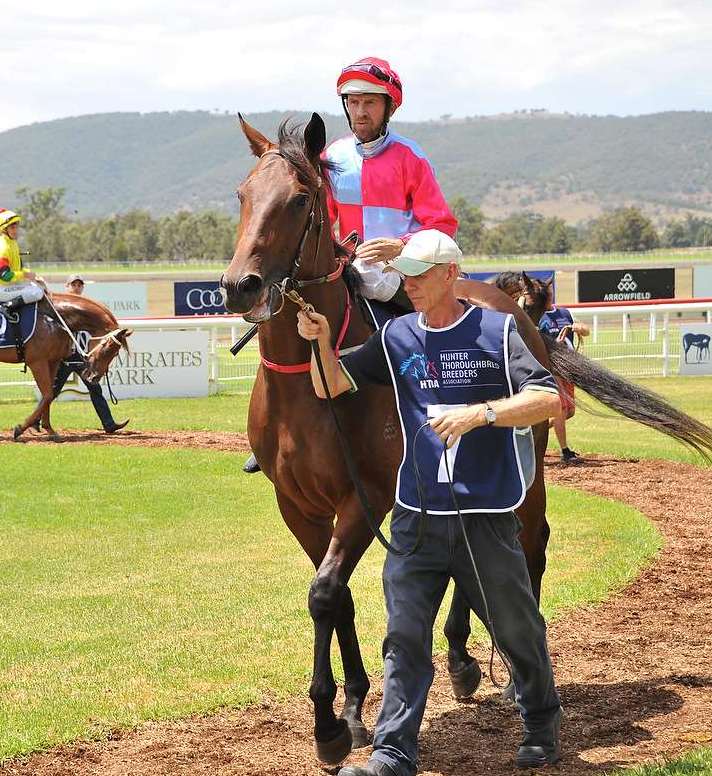 Dia Vernon (Chris O'Brien) prior to racing at Scone. Image by Bradley Photographers

"You only get what you pay for. You can’t have a Mercedes if you only have the money for a Volkswagen,” Stapleford joked.

Being by All American and out of the mare Sleight Of Hand, Dia Vernon is named after a Canadian magician who was famous for his card tricks and close-up magic.

When Stapleford was asked how long he had held his trainer’s licence, he had to get out the calculator.

Despite having a small team with limited runners, Stapleford is usually thereabouts with six winners and 14 placings from his past 50 runners, which has spanned nearly three years.

In-form hoop Jenny Duggan steers on Tuesday, and Stapleford is rapt to have her on board.

“I’ve been trying to give Jenny a ride for a while but she’s been a bit hard to get!” Stapleford lamented. “She’s been riding better than ever since she came back to race riding.”

At the height of his training career, Stapleford had up to 25 in work but now being blind in one eye, he has lost his driver’s licence, making travelling horses difficult.

“When they take your driver’s licence off you, they cut you off at the knees,” Stapleford said.

“I’ve had my twists and turns but have been fortunate enough to have a great career. I’ve had two runners at Moonee Valley for two winners which is not a bad strike rate,” Stapleford quipped.

Gates open at 11am with the first race scheduled for 12.15pm. Entry is free for children under 17 when accompanied by an adult.