Champion trainer Peter Snowden is predicting an Octagonal-like turn around in dual Group 1 winning colt King’s Legacy when he returns to the track later this month.

The three-year-old is set to have his second trial ahead of his autumn preparation at Rosehill on Thursday and Snowden is confident his mind is on the job after letting the side down in the spring.

After stamping himself as a budding star with wins in the Sires' Produce and Champagne Stakes last autumn, the only highlight of King’s Legacy’s four starts in the spring was a third in the Group 1 Golden Rose and he was clearly below his best in two failures in Melbourne.

Snowden has the Group 2 Hobartville Stakes (1400m) at Rosehill on February 20 pencilled in for King’s Legacy’s first-up run with the Group 1 Randwick Guineas (1600m) two weeks later the immediate goal. 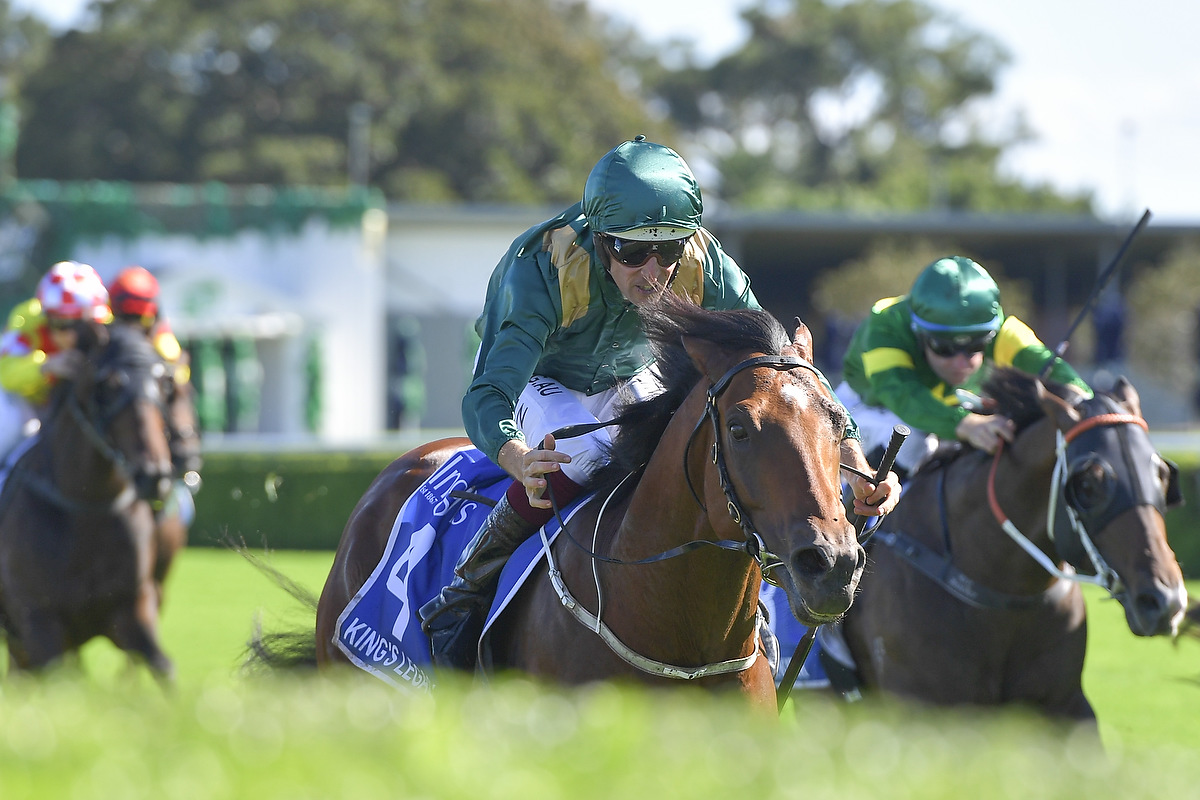 “He’s going very well, I’ll be gobsmacked if he doesn’t get back to his old form on what we’ve seen,’’ Snowden said.

“He seems very much switched on. Colts can do that, I’ve seen it before.”

Snowden was working as foreman for trainer John Hawkes under the Woodlands banner when champion Octagonal was racing’s headline horse in the mid-1990s.

He’d won the three-year-old triple crown (Canterbury, Rosehill Guineas and ATC Derby) as well as the weight-for-age Mercedes Classic (Tancred Stakes) in the autumn but only managed one win in the spring of 1996, racing like a horse with his mind on other things.

But he came back in 1997 and scored Group 1 wins in the Chipping Norton, Australian Cup and a second Tancred Stakes before his swansong was spoiled by Intergaze in the Queen Elizabeth Stakes.

“I remember Octagonal had a flat prep in the spring and when he came back in the autumn he went straight back to winning races,’’ Snowden said.

“I don’t say he’s Octagonal but colts can do that. He went down to Melbourne in good form, his two runs prior to the Guineas were perfect runs, but he just went terrible.”

King’s Legacy contests heat two over 1030m at Rosehill on Thursday alongside David Payne’s star filly Montefilia who will also be having her second trial.

Payne is tickled pink with how the Flight and Spring Champion Stakes winner has come back since her brave third in the VRC Oaks in November but warned not to expect too much from her in the trial.

“She’ll just be out there for fun, we’re not going to knock her about,’’ Payne said.

“I’m very pleased with her, she’s spot on. She’s definitely a stronger filly.”

Montefilia is scheduled to kick off her Australian Oaks campaign in the Group 1 Surround Stakes (1400m) at Randwick on February 27.

There’s a chance she could take on the boys in the Rosehill Guineas but the Oaks is the one Payne wants. As for the Surround, it’s worth a throw at the stumps first-up.

“She’s a classy filly, she might not win it but she will be competitive,’’ he said.

“The 1400m is a bit short for her but she will be fresh so she will be a little keener. You’ve got to kick off somewhere so you may as well kick off in a Group 1.”

All the fields, form and replays for Thursday's Rosehill trials