Tony Brassel from Sky Thoroughbred Central has stormed to the lead in the 2019 TAB Champion Tipster competition after a thrilling Day 1 of The Championships at Royal Randwick Racecourse.

Brassel tipped winners in three of the five nominated races across the day, including his best bet Brutal ($6.70 on TAB), an emphatic winner of The Star Doncaster Mile (1600m). 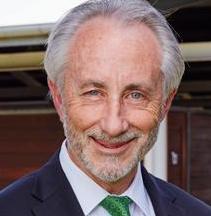 Brassel’s other winners were Noble Boy ($2.80) in the Newhaven Park Country Championships Final and Santa Ana Lane ($7.90) in the Aquis TJ Smith Stakes.

He finished the day with a balance of $242 to lead 24 other tipsters after the TAB placed a hypothetical $10 each way on the selections of all tipsters in the designated feature events.

The Australian Financial Review’s Jason Clout, a veteran of the racecourse, had a great day to sit in second place on $193, with Sky Racing’s Andrew Bensley third on $172.

The Daily Telegraph’s Ray Thomas sits ominously in fourth place on $168 heading into Day 2 of The Championships at Royal Randwick this Saturday.

There are seven nominated races for the field of 25 punters to do battle on The Championships Day 2.

Winner of the TAB Champion Tipster will see their nominated charity receive a donation of $5000 from TAB.