Trainer Michael Hawkes only has to look at the clock to know boom colt Exceedance has what it takes to beat a crack field in Saturday’s Group 1 $1m De Bortoli Wines Golden Rose (1400m). 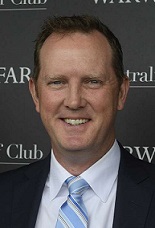 Every time Exceedance has hit the ground he’s been a sectional star, win or lose, and while that’s an ace everybody knows about it’s an ace the Hawkes stable is happy to have up the sleeve.

He has the task of turning the tables on Golden Rose favourite Bivouac for a two length defeat but in the Run To The Rose (1200m) he clocked the day’s fastest last 600m of 32.59 (Punter’s Intelligence).

“You can’t go much quicker than he did last start,’’ Hawkes said.

“That’s telling you that he’s a top class horse in himself but the way the track played it didn’t play to our advantage.

“It still shows he’s on track, he’s professional in everything he does and is a really nice colt going forward. He’s only had four starts, he’s still a baby, and he’s going to be better next time around as well.’’

It’s a fascinating Golden Rose that includes the first six home from the Run To The Rose plus Champagne Stakes winner Castelvecchio coming back from a 1500m run first-up and the unbeaten Yao Dash who beat Tea Rose Stakes winner Funstar three weeks ago.

Exceedance was second favourite at $4.80 with TAB on Thursday.

Hawkes said the step up to 1400m will make the Group 1 a different contest and, with a fair pattern, sees no reason why Exceedance won’t be just as strong.

“Obviously Bivouac bounced back last start with a win but the top four or five are all around that high quality. I can only worry about our bloke.

“Last start he was only a couple of lengths off them, everyone says he’s a backmarker but you’re talking 1400m it’s a different run race and generally this race finds a lot of horses out.

“You have to treat every horse as an individual, he’s relaxing all the time which is suggesting he will get the 1400m well. It’s just how the race pans out.’’

Ten out of the last 11 winners of the Golden Rose have found a place at stud, the odd one out is Manawanui (2011) who was the last gelding to win, so there’s plenty riding on the result.

“Pressure is what you put on yourself. We’ve had a lot of these nice colts, that’s what we do, we are stallion makers,’’ Hawkes said.

“They are a horse in the system and get treated individually. He has a place at stud already being a Group winner and we are just trying to enhance that.’’

Exceedance completed his build up for the Golden Rose with some ‘ticking over work’ on Tuesday morning and Hawkes said there’s no excuses fitness wise.

And the colt has an in-form jockey in Tommy Berry, who posted his first career Group 1 win in the Golden Rose in 2012 on Epaulette.

Meanwhile the Hawkes stable has the fingers crossed for consistent mare Dyslexic and jockey Jay Ford to get a lucky break in the Group 2 $400,000 TAB Golden Pendant (1400m).

Dyslexic has been on the wrong end of the luck spectrum in her two runs back, particularly last start when fourth behind Mizzy in the Sheraco Stakes (1200m).

“She should have won the other day and it wasn’t Jay’s fault.

“When the pace dropped she was put in a pocket and couldn’t go anywhere so he had to ride for luck and basically she’s still trying to get out.’’

All the fields, form and replays for Saturday's Golden Rose meeting at Rosehill