Mitch Newman is ready to throw promising filly Piping Roller into the deep end and have a crack at the Polytrack Provincial Championships.

Even though the Your Song filly has won only two races from six starts, the Hawkesbury trainer and former successful jockey is confident she deserves her chance to contest the series.

“Piping Roller will have her next start in the fourth qualifier over 1400m at Kembla Grange on March 21,” Newman said. 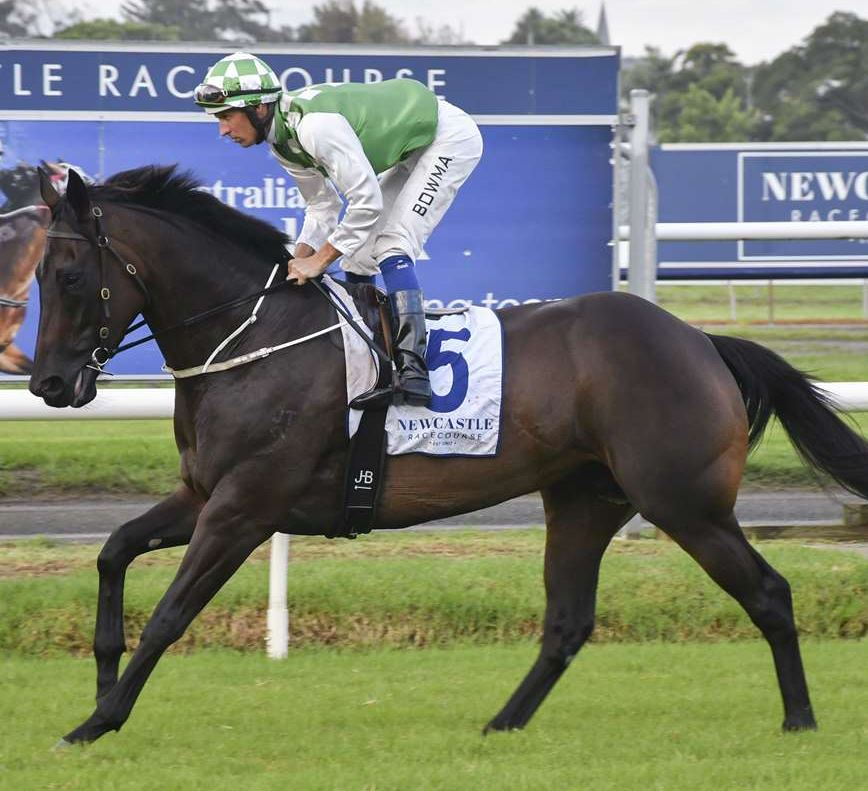 Piping Roller and Hugh Bowman head to the barriers at Newcastle. Image by Bradley Photographers

“She has always shown ability, and is a big strong filly,” Newman said. “We may as well have a crack at the Kembla qualifier.”

It was back to the good old days at Newcastle last Friday when Hugh Bowman – he and Newman were apprenticed to Ron Quinton – had one of his rare rides for his former “stablemate”, and produced a beauty.

“It was terrific Hugh winning on the filly for us,” Newman said. “He is hard to get because he is naturally obligated to the bigger stables, but I had this race in mind a while back and rang his manager ‘Cheers’ (Bryan Haskins) just after she resumed and finished fourth on the Kensington Track on February 19.

“He took a few days before ringing me back to confirm Hugh had taken the mount. Hugh has had only five rides for me and has won on two of them.

Piping Roller, understandably, is a special filly to her connections. Her dam, the Genuine mare Prayer Time, slipped twice after matings with Poet’s Voice and Your Song, and then died a week after the now three-year-old filly was born on August 12, 2016.

“Piping Roller was big when born, and I have taken my time with her,” Newman explained. “We didn’t race her as a two-year-old.

“Her sire Your Song is an eye-catching type, and so is this filly.”

Whilst Newman was naturally thrilled to see his good mate Bowman win on Piping Roller, he will have to find a new rider for the filly at Kembla Grange as that meeting coincides with the Golden Slipper program at Rosehill Gardens (where Bowman rides current favorite Farnan).

Piping Roller was Newman’s fifth winner this season, vindicating his decision to cull his team and rebuild last year.

“Things are going well,” he said. “I’ve built the team back up to 14, and the horses that are racing are in good form.”

HOOFNOTE: Hawkesbury co-trainers Jason Attard and Lucy Keegan-Attard qualified Munich ($11) for the $500,000 Polytrack Provincial Championships Final (1400m) at Randwick on April 11 when he finished third in Saturday’s second qualifier on his home track.

Another Hawkesbury representative, the lightly-raced Karmazone ($16), was the unluckiest of fourths after striking trouble in the straight, and trainer Daniel Robinson is hoping he will be able to give the gelding another shot at a qualifying race.