Over the years the TAB Doncaster Mile (1600m) has been dominated by the likes of Tommy Smith, Bart Cummings, Gai Waterhouse and more recently Chris Waller, while the jockey honour roll is equally impressive.

Now you can add Warwick Farm-based trainer Wendy Roche and jockey James Innes Jnr to that list after Nettoyer bloused her rivals in typical Nettoyer fashion. Except this time the six-year-old did it in a Group One. 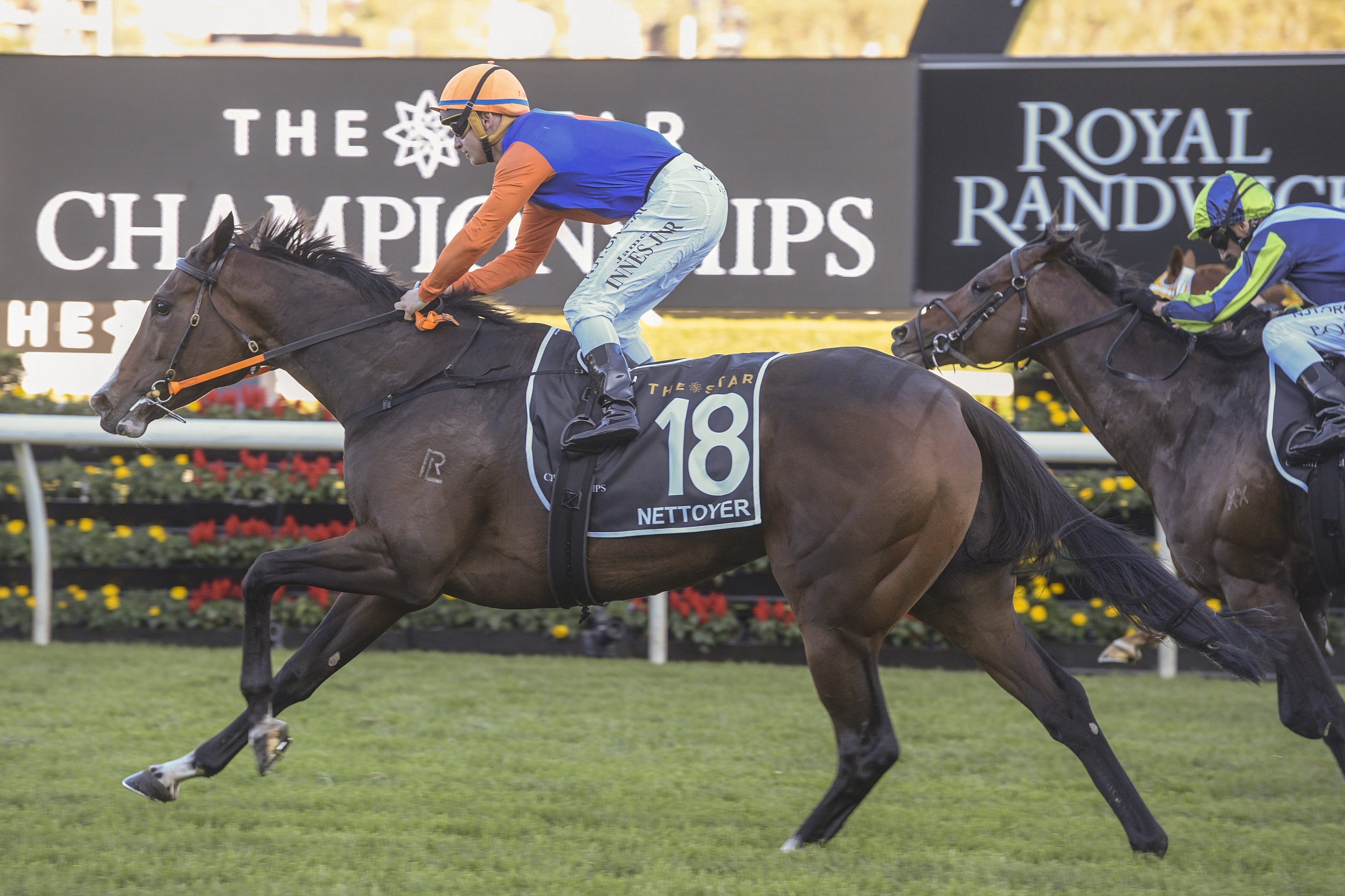 Earlier in the week Glen Boss labelled the Doncaster as racing’s “fifth major” and he’d know, having won seven of them. It can’t be underestimated just how much this win would mean to the pair.

“It is very surreal,” said Innes, “It still hasn’t sunken in and I don’t think it will for a little while.”

“Wendy said to my manager through the week ‘I’ve only declared this horse once before and it was when it won first up with Hugh (Bowman) and the other time was today.”

“Full credit to her and her team, also to my manager, he had to chase pretty hard to get me on. I am flat out getting a ride most days. The fact I can ride light and get an opportunity like this, it is just unbelievable.”

The daughter of Sebring settled second last but thundered down the middle of the track to reel in Star Of The Seas and Brandenburg. Punters Intelligence shows it was a devastating 11.50s from the 400-200m that won her the race while she was the only horse to break 36 second for her last 600m, clocking 35.75s.

“I was still trying to catch my breath getting her to the gates. She began only fair. We thought we’d be a couple of pairs closer. She just isn’t a horse you can drive the brains out of for the entire mile so I just left her alone,” said the now Group One winning jockey.

“There were obviously runners venturing into the race three or for wide, the more I straightened up, the more confident I was getting. It still hasn’t kicked in.

“My partner is at home and just about to have our second little baby boy. (My first son) is my biggest fan. He sits there and he loves touching the screen when I’m riding. I’ll be happy to get home and give him a big kiss.”

“I can’t believe it. I’ve told everyone she would win today and she’s won,” said Roche.

“This mare is such a sod. All week I couldn’t ride her. I just freshened her, I did 200m sprints, she bit the strapper in the head and he had to get stitches.

“She wouldn’t take grass, I had chips in my pocket, she wouldn’t do any of it. I really thank the clerks of the course for getting her there.

“I don’t know what I’m going to do because all the restaurants are shut. We normally stop at the Doncaster (Hotel) and get beers and I don’t think we can do that either.”

All of the results and replays for The Championships Day 1 at Randwick.