North Pacific served up a small taste of spring at Rosehill on Saturday.

The promising Team Hawkes colt had the weight of expectation, following a debut placing in the Silver Slipper, on his shoulders and he didn’t disappoint with a rousing win in the Darley Handicap (1100m) in a time that compared well with the older horses.

Add to that his last 200m of 11.67 was also the best of the day and his overall time of 1:04.95, while having first use of the track, was about a length and a half faster than the race won by Varda a couple of hours later.

While North Pacific was impressive, and set himself on a Golden Rose path, don’t undersell the effort of the runner-up Sahra. 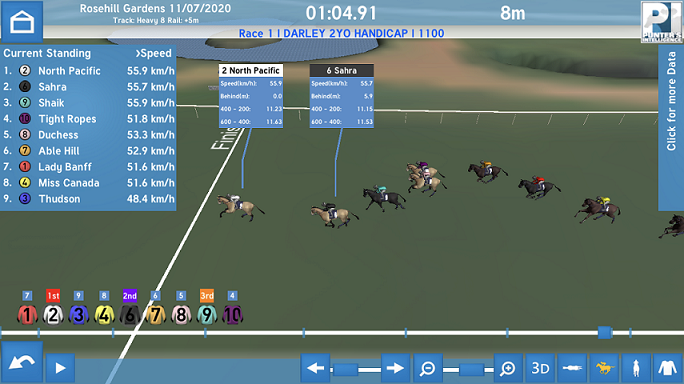 But going forward the eye-catcher was, again, Order Again who didn’t have the best of luck in the straight in finishing third but still ran 35.23 for his last 600m.

There should be some form to come out of the Iron Jack Handicap (1200m), won by Inanup who backed up his superb first-up ‘sectional star’ effort from a month earlier.

Runner-up Prime Candidate served notice he’s also close to a win. While his last 600m of 35.74 looks on the slow side he did plenty of work in the first half of the race so his effort to hold second is encouraging.

A few other horses of note:

My Swashbuckler clocked the fastest last 600m (35.49) of the De Bortoli Wines Handicap (2000m) in running third behind stablemate Korcho.

Hibiscus Lady was excellent in running a 34.96 last 600m, more than a length faster than the next best in the Ranvet Handicap (1100m).