It’s a points decision to the colts in the two-year-old ranks after stablemates Prague and Away Game took the first major Golden Slipper lead-ups at Randwick on Saturday.

The first three across the line in the Canonbury would all have beaten Away Game home comfortably.

The Group 2 Expressway Stakes (1200m) announced Standout a new member of the three-year-old big guns as the colt demolished a very handy group at his first attempt at weight-for-age. 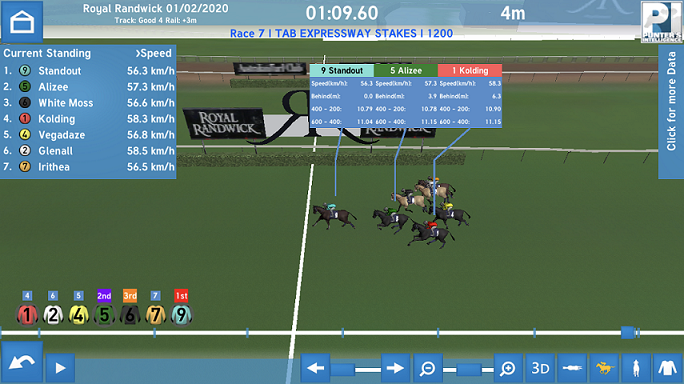 The overall time difference was 0.24 in favour of Romani Girl but that also tells you the win of Greenspan, after sitting wide throughout, had a heap of merit and he announced himself as a Country Championships hope in the process.

Romani Girl had to post the fastest last 600m by a margin to win and she did just that running 33.91 which is getting close to two lengths superior to her rivals.

The flashing light to come out of that race, though, was third placed Mongolian Wolf whose final 200m of 11.57 was the quickest and he did it without the benefit of momentum as he was held up for much of the first half of the straight.

Dawn Dawn also stamped herself as a coming winner with an eye-catching first-up third in the closer over 1200m.

She won second-up last preparation at 1200m and was Group 3 placed third-up.