A look at just how slowly the JRA Plate field completed the first 1000m of its 2000m journey illustrates how difficult it was for Shared Ambition to win at Randwick and how exceptional his effort was.

Punter’s Intelligence sectional data shows Greysful Glamour carved out the first half in 1:05.26 which is about 20 lengths slower than Entente’s first 1000m in the Frank Packer Plate (1:02.65), won by Kinane, over the same distance.

By the end of the respective races the gap between the two 2000m events closed to about eight lengths in favour of the three-year-olds.

So the JRA Plate field ran their last 1000m over 12 lengths quicker and Shared Ambition produced the fastest sectionals in four of the five 200m splits.

So for him to finish as close as he did to the winner and run third it was nothing short of phenomenal. 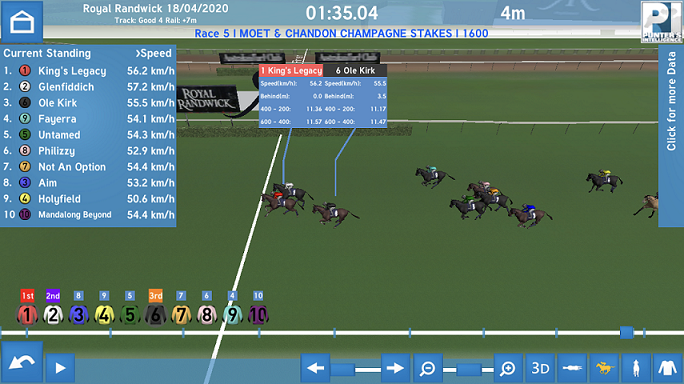 As he did in the Inglis Sires', King’s Legacy showed his strength at the finish of his races in taking out the Group 1 Champagne Stakes over the mile.

All honours to Tofane in the day’s other Group 1, the All Aged Stakes (1400m) but it was hard to miss the performance of fourth placed Super Seth.

That’s because he was the only horse to break 12 seconds for that section and by quite a way, with his time well over a length clear of anything else.

Kementari confirmed what he showed in his comeback run three weeks earlier with a luckless third in the Group 3 Hall Mark Stakes.

The Hall Mark was run considerably slower than the Benchmark 88 won by Snitz, by some four lengths in the first 600m, and there were a couple of runs in that race worth highlighting.

He was unlucky first-up last preparation before winning second-up, so stay with him.