Comparing times on a deteriorating, rain-affected, track can be fraught with danger yet that’s what we face when looking back at Saturday’s Randwick meeting.

That said, in the context of it being a meeting largely dominated by on speed horses, there are plenty of horses that made ground against that pattern worth following.

None more so than Criaderas. It’ll come as little comfort to the punters that dived in at $1.75 but the four-year-old was outstanding in defeat.

Criaderas clocked the fastest last 600m of the meeting (34.48) and did so with a sustained 600m sprint. That was behind an all-the-way winner in Cuba.

Godolphin have confirmed that the $7.5m Iron Jack Golden Eagle is still very much in their thinking for the gifted son of Lonhro.

In the meeting’s feature, the $1m Bar 83 Bondi Stakes (1600m), Peltzer revelled in the conditions. Tim Clark owned the race from the front and once he stole a 37.29s breather from the 1000-400m, there was no catching the classy son of So You Think. 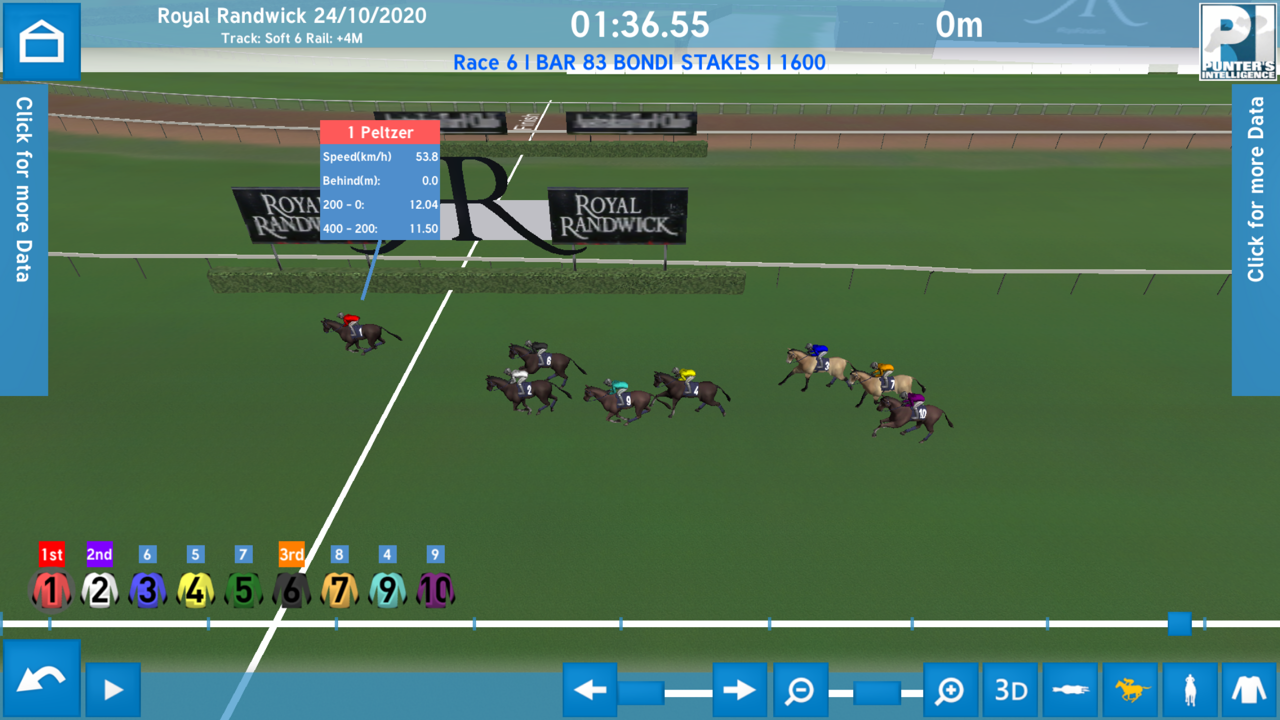 In the opener for the two-year-olds, all honours go to the winner Tiger Of Malay, with the Richard and Michael Freedman-trained youngster leaving his rivals without any excuses, but throw Camino Real into your blackbook.

The James Cummings-trained juvenile did her best work through the line, with a race fastest 12.06s last 200m. Look out for her over a touch further than 1000m next start.

Another galloper worth following up on is Provincial Championships winner Through The Cracks. The Randwick track was very testing comes Race 8 so it’s no surprise that Hilo’s 1200m win was the slowest across the day's three 1200m races, the quickest being The Bopper’s impressive victory earlier on the card.

Trainer Angela Davies made no secret of the fact that Through The Cracks would improve with the run but she would have been encouraged by the return of The Hunter-bound backmarker, working right through the line to run the fastest last 600m of the race (35.22) with much of that down to his dominant 12.33 last 200m.

Apprentice jockey Tom Sherry’s mud-splattered face having steered Icebath to win the last tells you everything you need to know about the conditions that faced the four-year-old come 5:50pm, which adds even more merit to what Icebath did on the clock.

The race turned into a 400m sprint home but the mare let down like her sire Sacred Falls in the wet conditions. She quickened with an 11.28s 400-200m split before going right on with it in recording the fastest last 200m sectional of the meeting (11.77).

That makes her a player in Saturday’s Golden Eagle should trainer Brad Widdup choose to back her up.

We’ll leave the final say to the meeting’s hard luck story in Wandabaa. With clear running at the top of the straight, she’s likely hailed the Nivision winner, with the four-year-old the only mare in the field to break 12s for her last 200m (11.91).