Gary Portelli sees shades of one of his former gun two-year-olds in Walkin'talkin' and expects his promising juvenile should be hard to beat on debut at Kembla Grange on Thursday.

The unraced gelding is a son of one of Portelli's former star two-year-olds I Am All The Talk, which won a Group 3 Skyline Stakes in 2013 before finishing 10th in the Golden Slipper at his next start. 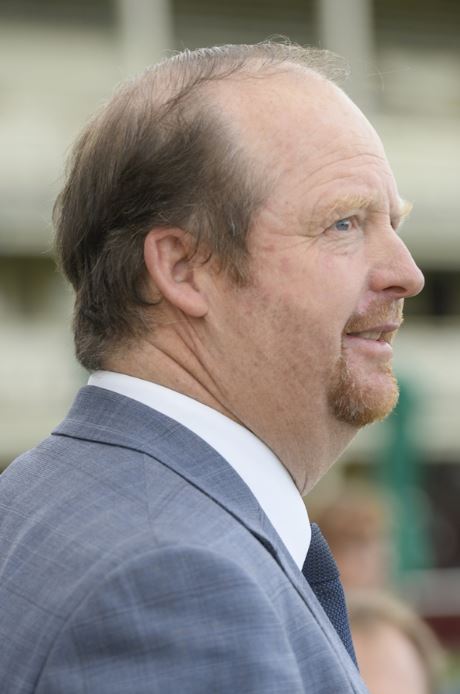 I Am All The Talk has long since been retired and fulfills his stud duties in Western Australia, where Portelli came across Walkin'talkin' at the Magic Millions sales and forked out $45,000 for the yearling with Elite Thoroughbreds.

He has been waiting patiently to bring the youngster to the races since then and was looking forward to unleashing Walkin'talkin' for the first time in the Adrian Walkinshaw 2YO Maiden Plate (1000m) this week.

"The way he has been trialling I think he will be hard to beat," Portelli said. "He showed some great gate speed in his last trial, similar to his father did when I trained him.

"Last week at Hawkesbury he stretched out nicely under pressure and finished off well.

"My only concern is the wet track. I am unsure if he will handle it because his dad wasn't able to."

Walkin'talkin' finished third in his first trial behind the talented Remarque back in January before Portelli gave the gelding a short break. He returned last month with a strong win in an 800m heat at Hawkesbury.

"He is a big strong fella and I am looking forward to seeing him finally get to the track," Portelli said. "He was shin sore a couple of times as he is quite a heavy bloke and took a while to show what he can do.

"Once we put the blinkers on him, he's continued to improve and he's ready to go now." Brenton Avdulla rides Walkin'talkin on debut.

Portelli had also accepted with Royalzel but will wait until next week to give the stablemate his debut.

The stable also has Black Meteor in the opening event on the card with the three-year-old looking for a breakthrough win in the Alan Dumberton Maiden Plate (1000m).

"He ran home gamely for second at his latest start at Kembla Grange and should be a good each-way chance if he can reproduce that," Portelli said.

Black Meteor has drawn the inside in barrier one with Ashely Morgan booked to steer.