Phar Lap Not Coolmore For Funstar

Chris Waller has all but ruled out a tilt at Saturday’s G1 Coolmore Classic (1500m) with Funstar, but did leave the door open regarding the $3m G1 The Star Doncaster Mile.

Funstar will instead tackle the G2 Phar Lap Stakes (1500m) second up, a race Waller has recently used as a springboard for his best fillies. 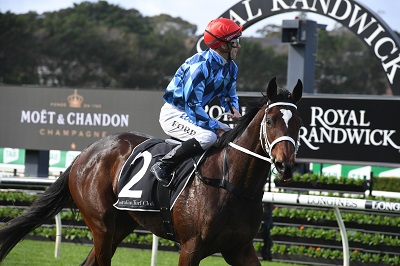 Think Winx, Unforgotten, Verry Elleegant and Foxplay. They all won this race. In fact, Waller has won four of its past five runnings.

"At this stage it's unlikely that Funstar will run (in the Coolmore), we'll go in with Sweet Scandal, Noire and Fiesta," said Waller.

"Why? Because it has been such a good race to us, it's a nice stepping stone for my horses.

"If we run in the Coolmore she is against the mares and I don't think she is quite ready for it but that's not to say she wouldn't run in a Doncaster later in the preparation.

"I want to stick to my guns and run in the Phar Lap, Vinery and then make a decision after that."

Funstar will be joined by Kubrick in the race, with the colt scratched from the G1 Randwick Guineas due to the wet track.

It sets up another clash with Probabeel after there was little between the pair in the G1 Surround Stakes, although co-trainer Jamie Richards is thought to be considering the Coolmore Classic for his filly.

“(Subpoenaed) would normally be running in the Phar Lap but I don’t want to run her against Funstar just yet. She is progressing the right way and her last start run was very good. She’ll go the Vinery after that too,” said Waller.

Meanwhile, it’s full steam ahead towards The Championships in April for Nature Strip after he bounced out of his Challenge Stakes win.

“He has come through the race well and it’s good to have him back in form,” said Waller.

“We’ll go into the TJ fresh but make sure he trials beforehand so he isn’t jumping out of his skin, but at the same time keeping him sharp, it’s a fine line.”

Waller added that Il Paradiso could have his first run for the stable on Saturday with the Melbourne Cup placegetter to be nominated for both the G3 Sky High Stakes (2000m) and G2 Ajax Stakes (1500m).

Check out the nominations for Saturday's Rosehill meeting.