Scott Penfold bought into a young foal bred by his parents because he thought there was “something special” about him - but at the time he didn't think Golden Slipper special.

The horse would become Rocket Tiger and in the space of just four starts he’s taken the Penfold family on a journey beyond their wildest dreams – and that’s before he takes his place in Saturday’s $3.5m Longines Golden Slipper (1200m) at Rosehill. 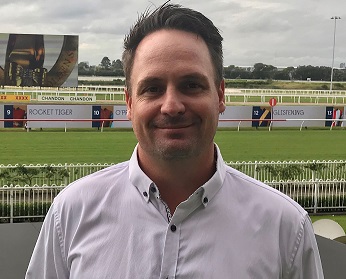 “Mum and dad bred Rocket Tiger, they do it for love and fun,’’ Penfold said.

“I asked to buy in, he was a beautiful foal and there was something special about him. I bought 50 per cent off them and have been enjoying the ride.

“It’s incredible, we do this for a bit of fun and we have an incredible horse and we never thought we could get this far with him.”

Rocket Tiger, trained at Wagga by Scott Spackman, might be the fairytale story of this year’s Slipper but at $34 with TAB he’s far from the despised outsider.

Although he was a beaten favourite in the Group 3 Black Opal Stakes his form around Home Affairs, who he arguably should have toppled in the Silver Slipper, told the Penfold family it was worth stumping up the $150,000 late entry for what could be a once in a lifetime opportunity.

Penfold, 37, said the family decided they’d hate to wonder what might have been if they didn’t give Rocket Tiger his chance.

“The late fee is a lot but we’ve got a good horse and we’ve got to give him an opportunity,’’ he said.

“We didn’t want the race run and go 'what if'. You’d always wonder. Just being in the race for us is a win, it doesn’t matter what happens, it’s the experience for us and it’s incredible we’ve made it this far.”

It’s hard not to notice the large fish on the silks jockey Kathy O’Hara will carry and there is, of course, a story behind them.

Noel and Maria Penfold don’t just breed racehorses, they are well known in the Wagga area as Murray Cod farmers which is where the fish jumping off the silks comes from.

One of the Penfolds’ first horses was named Murray Cod, he was foaled in 2005, and that started a pattern with the family’s horses and most of them carry the Cod moniker.

“Rocket Tiger missed out on that,’’ Penfold said.

“I think we got knocked back from calling him Tiger Cod or something like that and he ended up Rocket Tiger.

“We haven’t paid up the money thinking we are just going to make up the numbers. It is going to be tough but we are confident he can do well.

“He’s come on well since the race at Canberra, I don’t think our tactics were great there. We got our bad race out of the way there, we’ll learn from that and we’re really looking forward to Saturday.”

Rocket Tiger runs second in the Silver Slipper at Rosehill

Scott Spackman’s association with the Penfold family goes back to 2013 and started with leasing a horse called Barramundi Cod who was unplaced in two starts for the trainer.

The $3.5m Longines Golden Slipper is just about as far as you can get from Spackman’s first winner for the Penfolds, that was when Miss Murray Cod collected $2100 for winning a maiden at Lockhart Picnics in 2015.

Rocket Tiger is a half-brother to Takookacod, a horse Spackman thought was good enough to send to Sydney to be trained by John Thompson as a youngster but ultimately returned to him when she had wind issues.

She still won five races and Spackman sees her, and now Rocket Tiger, as proof he and the area can produce a smart horse.

“We’ve always had one about, it’s come about by having horses come through and being honest with Noel,’’ Spackman said.

“I said to him after Takookacod’s first gallop she’s pretty good and we sent her to John Thompson.

“She came back to me because she had a wind problem, she wouldn’t have stayed with me if she was right. This little bloke has gone to the next level, which I thought she could.

“I’ll be doing my darndest for them to have another one, they’ll poke their head up if they are good enough. We have a good model we’ve been working on for five or six years.

“We’ve sent horses off before and they’ve always been very competitive horses when we’ve sent them so we have a rough idea.

“I’m just blessed that I’ve got this bloke and kept him.”

Unlike his Sydney based rivals, Spackman and Rocket Tiger have had a seamless week waiting for the Golden Slipper to be run after the washout last weekend.

It came as a relief of sorts, the delay, because the gelding had to endure several days of being ‘poked and prodded’ when he was found to be lame in the middle of last week but there have been no such issues this time around.

"We’ve been lucky enough to get beautiful grass to work him on Saturday morning while a lot of the others were stuck in their box.

“It’s been more relaxing, it’s been perfect. I’m still pinching myself, it’s a big thrill. I think I’ve got him spot on so I can't do any more.”