Surfs Up For Peltzer After Bondi Win

Peltzer has won the second ever running of the $1m Bar 83 Bondi Stakes (1600m) with a dominant front-running display at Randwick.

The three-year-old son of So You Think was in his element on the wet track, with steady rain falling throughout the meeting and once Tim Clark found the front, controlled the race and kicked for home, it was all over.

Punters Intelligence shows there was no denying Peltzer out to the mile, as he ran the fastest last 200m in the race (12.04s).

“The conditions were in his favour today with a bit of rain around. He got a comfortable lead in front. Timmy rated him well and the way he worked Tuesday morning was sensational,” said co-trainer Gerald Ryan.

“He’s just a good colt. It just didn’t work in the Golden Rose but there is plenty of money around in races just off the top. I reckon next year, races like the Stradbroke are right up his alley.

“He’s had 26 days off since January. He’ll go out Monday and he’ll have a nice spell. He may improve or hold his own. He’s a horse who could improve. He has a great attitude for a colt and come back a nice horse in the autumn.” 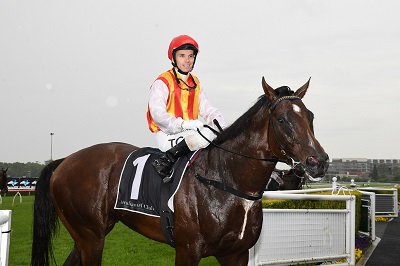 Peltzer remains unbeaten at Randwick in four runs, unbeaten on wet tracks and Clark also made it two from two aboard the colt, having won the Stan Fox Stakes last start.

“The wet track really played into his hands, he revelled in that ground. I think that was the reason he didn’t look quite as impressive the other day, because of the ground,” said Clark.

“Getting his toe right into it today he was just a different horse. He really quickened well at the 300m when I asked him and put the race beyond doubt pretty quickly.

“He’s a Group Two winner and now he has won a million dollar race so I think it was really smart planning by them and (Ryan and Sterling Alexiou) deserve a lot of credit.

Tommy Berry made no excuses for Prime Star, beaten 2.8 lengths at the finish after looming ominously having settled just behind the speed.

“He was just beaten by a better horse. He had a beautiful run. Thought we were the winner at the top of the straight but the winner found too much,” said Berry.

What the rest of the beaten jockeys said:

Tommy Berry (Prime Star): “Just beaten by a better horse. He had a beautiful run. Thought we were the winner at the top of the straight but the winner found too much.”

Nash Rawiller (Acrophobic): “Never comfortable on the ground really. He was there to go up and join the winner but as soon as I asked him for an effort, he floundered in the ground.”

Regan Bayliss (Street Dancer): “He has come to the end of his prep. He is not favoured on this sort of ground. Still whacked away nicely.”

Rachel King (Namazu): “Really struggled on that heavy track but he will be a nice horse going forward.”

Tom Sherry (Real Peace): “Huge effort. He will be a nice horse next prep over a bit further.”

Koby Jennings (Stylebender): “He actually ran pretty good. Once he gets gelded and over 2000m. I know he was a massive price today, he wasn’t that bad.”

Robbie Dolan (Elizabeel): “She ran really well. She will be more effective on a drier track. She copped a bump out of the gates and she just didn’t settle in the mid-stages. Should be better next prep.”