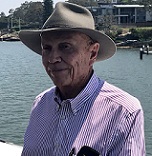 And that’s the simple reason he has taken trainer Chris Waller’s advice and wants Arcadia Queen to have her chance in Saturday’s $7.5m Iron Jack Golden Eagle (1500m) at Rosehill Gardens.

“She’s only four once and it’s very hard to knock back a race like this,’’ Peters said.

“If we stopped then you’re always looking back and wondering what if.’’

‘What if’ is something Peters often wonders when it comes to his former star Old Comrade, ironically the horse he has long used as the benchmark for his shock prior to Arcadia Queen.

Peters revealed he knocked back an offer from Dubai to run the four-time Group 1 winner, who toppled Northerly in the 2002 Australian Cup, in what was then the Dubai Duty Free back in 2002.

And he’s regretted it since as Old Comrade only had two more starts.

“We were invited to the Dubai World Cup meeting and didn’t go, we came to Sydney and aimed towards the Doncaster and it finished up the horse hurt his tendon,’’ he said.

“There was a nice race there on the grass over 1800m (now the Dubai Turf). It would have been great to go and if it happened again I would probably jump at it.

“At the time I was worried about the travel, there were stops on the way and I was worried what might happen to him to get there. It’s a lot better now, there’d be a direct flight to Dubai from Perth so it’d be easy.’’

Arcadia Queen beat just one horse home in the TAB Everest on October 19, a failure that’s uncharacteristic of the Group 1 winning mare and it made Peters think twice or three times about the Golden Eagle.

He said Waller had to convince him to press on to the race they’d be targeting since Peters made the decision to focus on the Sydney spring.

But he’s clearly doing so with his tail between the legs after watching the four-year-old fail to run on and miss a place for the first time in her career at Randwick.

“If it wasn’t a race of this value I probably wouldn’t be thinking about it,’’ he said.

“Now I’ve had the kick and whatever happens it can’t be any worse. I don’t like that she’s the favourite but you have to live with it.

“Always in the back of my mind is the last run, if she hadn’t run like that I’d be quite confident but coming off a run where she stopped is a bit of a worry.’’

When Peters drew barrier five for Arcadia Queen she assumed favouritism for the Golden Eagle at $4.20 with TAB and he says it will give her every chance to produce her best.

That best took her to a dominant first-up win in Sydney in the Group 2 Theo Marks Stakes (1300m) in September and Peters expects jockey James McDonald to position her a little more conservatively than in the Everest.

“We can’t use the barrier as an excuse now. We thought with a hard track the front runners would keep going and we’d have to be a bit closer (in the Everest),'' he said.

“As it worked out they stopped and the swoopers came into play.’’

Where Arcadia Queen heads beyond the Golden Eagle is not certain aside from the spelling paddock and Peters said her performance on Saturday will dictate which paddock she rests up in.

“If she doesn’t look to be up to them I might take her home and give her a long spell but if she runs well she’ll probably have a five or six week break and come back to the autumn,’’ he said.