She will meet one of the strongest fields in recent memory in Kembla’s premier mile, with top hopes from most of the state’s leading stables. 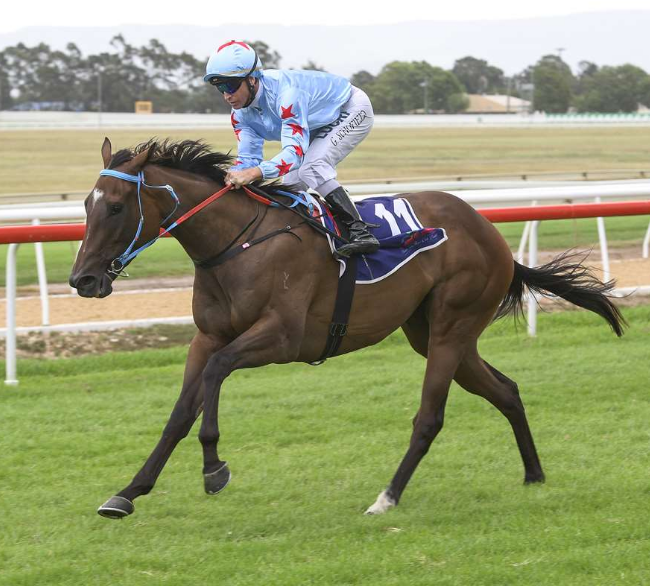 For Sister Sledge - like many of her rivals on Friday - the Classic will provide an important stepping-stone leading towards the Group 1 Heineken 3 Australian Oaks.

“It’s always a race that we have had earmarked for her and the Classic is always a nice path for them,” Bott said. “If all goes well, we will head to the Vinery Stakes and then to the Oaks.”

The Oaks will be run on day two of The Championships on April 13.

It's a race that has long been on Waterhouse and Bott’s agenda despite Sister Sledge’s sprint form as a two-year-old.

Sister Sledge finished within a length of eventual Golden Slipper winner Estijaab in a Group 2 Reisling Stakes (1200m) in her maiden preparation.

The Uncle Mo filly was given an eight-month break after two runs as the stable’s focus turned to the fillies staying races.

“She showed a bit of form over the shorter trips earlier in her career but we have always thought she would be better over more ground,” Bott said. “The mile in the Classic should be ideal for her.”

“There was a lot of like about that win,” Bott said. “She was really strong through the line.

“It’s a tricky gate on Friday but she has great tactical speed so we’d expect her to roll forward anyway.”

Sister Sledge has drawn barrier 15 for the feature, with Glyn Schofield booked to ride. The Waterhouse-Bott filly is a $4.80 second favourite with TAB fixed odds for the Classic.

Godolphin’s Oaks prospect Pohutukawa ($2.25) dominates the market after finishing fifth in the Group 1 Surround Stakes at her last start. Bott sees the James Cummings-trained filly as the main danger.

“Pohutukawa is probably the horse to beat,” Bott said. “She has got the right form coming through the Light Fingers and then the Group 1 [Surround Stakes] at her last start.”

Mark Newnham plans to bring his highly-rated fillies Greysful Glamour ($12) and Scarlet Dream ($8.50) to the Classic despite both being nominated for the Phar Lap Stakes (1500m) in Sydney.

Greysful Glamour was runner-up to Aristia in the Group 1 VRC Oaks during the Spring Carnival and the stable is hoping to go one better in the Sydney edition.

Scarlet Dream is on the same path, but has been handed the dreaded outside gate on Friday after drawing barrier 20.

Kembla training partnership, Robert and Luke Price, will need a slice of luck to fly the flag for the locals in the final, with All Tiara ($151) the second emergency for the feature mile.

Acceptances across Classic day are some of the highest in recent history, with 124 runners over the eight-race card. Race one jumps at 1.15pm.