There’s no greater prize as far as jockey Tommy Berry is concerned during The Star Championships than the medal named after his late twin brother Nathan. 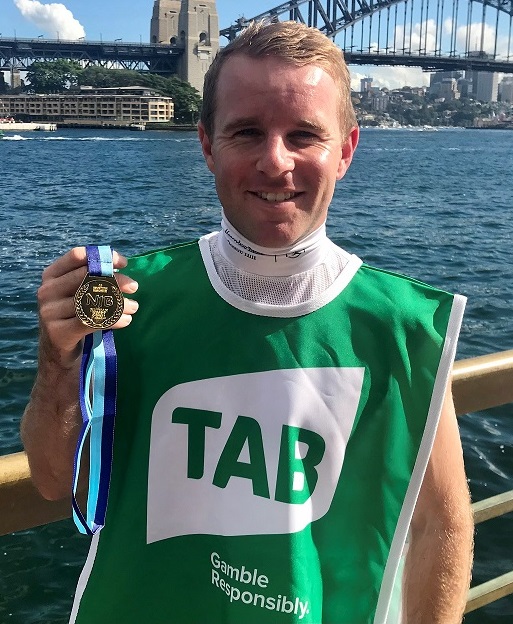 He’s always felt that way, since its inception in 2014, but it wasn’t until a recent conversation with legendary broadcaster John Tapp that Tommy saw the true significance of the prize all jockeys are competing for.

“I was doing a podcast a few months ago and he said ‘do you realise people that have had medals or races named after them, like Bart Cummings, TJ Smith, Theo Green, they were all of a certain age of 70 to 80’,’’ Berry said.

“He said ‘your brother had a medal named after him at 23’ and that hit me a lot.

“It showed while Nathan was only in the racing industry for eight years what an impact he made and how many friends he made along the way and the legacy he left behind at a young age. It was quite nice to hear.”

In 2014, shortly after Nathan’s death from a rare form of epilepsy called Norse Syndrome, Racing NSW forged the Nathan Berry Medal which is presented to the leading rider in the 12 Championship races (3-2-1 points basis) – the eight Group 1s, the Group 2 Arrowfield Sprint and Percy Sykes Stakes plus the Country and Provincial Finals - over the two days of The Star Championships.

Quite fittingly Tommy shared the inaugural medal with James McDonald and he said if he can’t win it then handing the medal over to one of his peers is an honour.

“I get just as much satisfaction out of presenting it to other jockeys because I know it’s something they all want to win as well and it means a lot to them,’’ he said.

“It’s great to be able to represent Nathan in that way.

“I won it the first year with James which was quite special but to do it again it’d be better than winning any Group 1 over the carnival that’s for sure.”

Berry will be hoping to get off to a flying start in the medal count riding the $500,000 Newhaven Park Country Championships Final (1400m) favourite Art Cadeau.

The honest four-year-old, trained by Terry Robinson, hasn’t appeared in a race since his win in the South East Qualifier run at Goulburn in mid-February but Berry rode the horse in a recent trial and in a gallop on Wednesday morning.

“He’s done nothing wrong so far, he’s been the standout country horse over the last few months,’’ he said.

“He’s not a brilliant worker so I didn’t get much out of the gallop. It’s always a worry when they have that much time between runs but if he’d had a run in between I’d be more worried he wasn’t sharp enough.

“Terry is one of the best trainers I’ve ridden for, he places them great and he’s not afraid to ask for your opinion. If he’s happy and confident then I am.”

Art Cadeau, $2.80 favourite with TAB on Thursday, drew barrier two in the Final and is yet to finish worse than second in 10 starts to date, he’s won at Randwick under 61kg and in all conditions so Berry says he’s the deserved favourite.

“It’s going to be my job to get out into the clear at the right time,’’ he said.

“Randwick will give him an opportunity to get through his gears and I wouldn’t swap him for any of the others.

“I haven’t seen a horse in the Country Championships with as consistent form as him, his form speaks for itself and his wins have been dominant.”

He said Libertini, second-up after a fresh Group 1 placing in the William Reid last month, will need a drying track to be most effective against some of the best sprinters in the world but proved she’s up to it in her defeat of Everest winner Classique Legend in the spring.

“I rode her in work (Thursday) morning and was pleased with her gallop, she only did three quarter pace but she couldn’t be going into the race in better form,’’ he said.

“If it gets to a soft 6 she will perform well.”

All the fields, form and replays for Day 1 of The Star Championships at Royal Randwick