Mr Wong and Hellenism Do Everything Right

Mr Wong and Hellenism didn’t get the chance to race each other at Randwick on Saturday but on the strength of their wins, expect the pair to meet on April 4 in the Country Championships Final.

There were two Highway Handicap’s run at the Randwick meeting and after Mr Wong had put 2.5 lengths on his rivals in a dominant return, Hellenism answered by reeling in a game Conspirator. 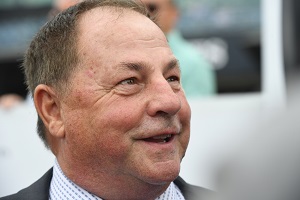 Mr Wong ran 1.03.71 for the 1100m with Hellenism stopping the clock at 1.04.05. Punters Intelligence shows that much of that difference was in the first half of the race. Hellenism’s last 600m of 33.92s was four lengths quicker than the next best in her race.

Last campaign Mr Wong had the tendency to lay out under pressure but that wasn't there on Saturday with Jones, whose association with Gerry Harvey goes back 35 years, putting it down to immaturity.

"He is going as straight as an arrow this time in, he just needed a good spell as he wasn't quite there. He had a couple of little issues and his work has been terrific. Watch out from now," warned Jones.

"Ever since I gave him his first run, he has always shown ability and I always thought he was a black type horse at least. I have always thought a lot of this horse and he is a gem to train."

Jones said Mr Wong will likely tackle another Highway Handicap on the way through. 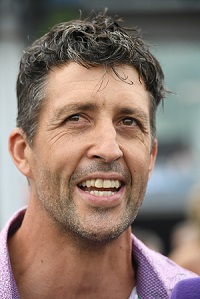 “(Brett) did a wonderful job, I was just lucky enough to get her after him. I’ve never had a horse as good as her, it’s a great thrill,” said St Vincent.

“A turn of foot goes a long way, it’s exciting, she galloped for me one day sitting between two of my other horses and I nearly got whiplash when she went at the top of the straight, and I didn’t even ask her.”

Winning rider Tim Clark added, “She was really impressive, from the draw we rode her back off them and she sprinted past all of those horses easily and got out there and floated a bit.”

“It wasn’t until the last 50 metres until Nash (on Conspirator) and myself raced tight that she really surged for me again. She is building a good looking record and has more upside.”

On Conspirator, his trainer Clint Lundholm said his three-year-old would track a path to the Coonamble qualifier on March 15.

Check out the results and replays for Randwick.