By Brad Gray
At Newcastle

It was a James McDonald masterclass that landed Godolphin mare Savatiano the inaugural running of The $1m Pages Event Hire Hunter (1300m) at Newcastle.

McDonald fired the five-year-old straight to the front from barrier 14, dashing clear half way down the straight with Tactical Advantage rushing home into second from Bon Amis in third, whose raucous connections celebrated like they'd won. It was brilliant to see. Bon Amis picked up $98,000 for third.

Savatiano blitzing her rivals in The Hunter

Godolphin representative Darren Beadman was full of praise for McDoanld's ride before labelling the winner, having also broke the Newcastle 1300m track record, as "electrifying" on her day.

"(James) wasn't overly positive early but just kept her in the race and from the 1000m he was able to back off the speed, give her a chance, she relaxed nicely and she was really strong late. She loves the track and the course here," said Beadman. 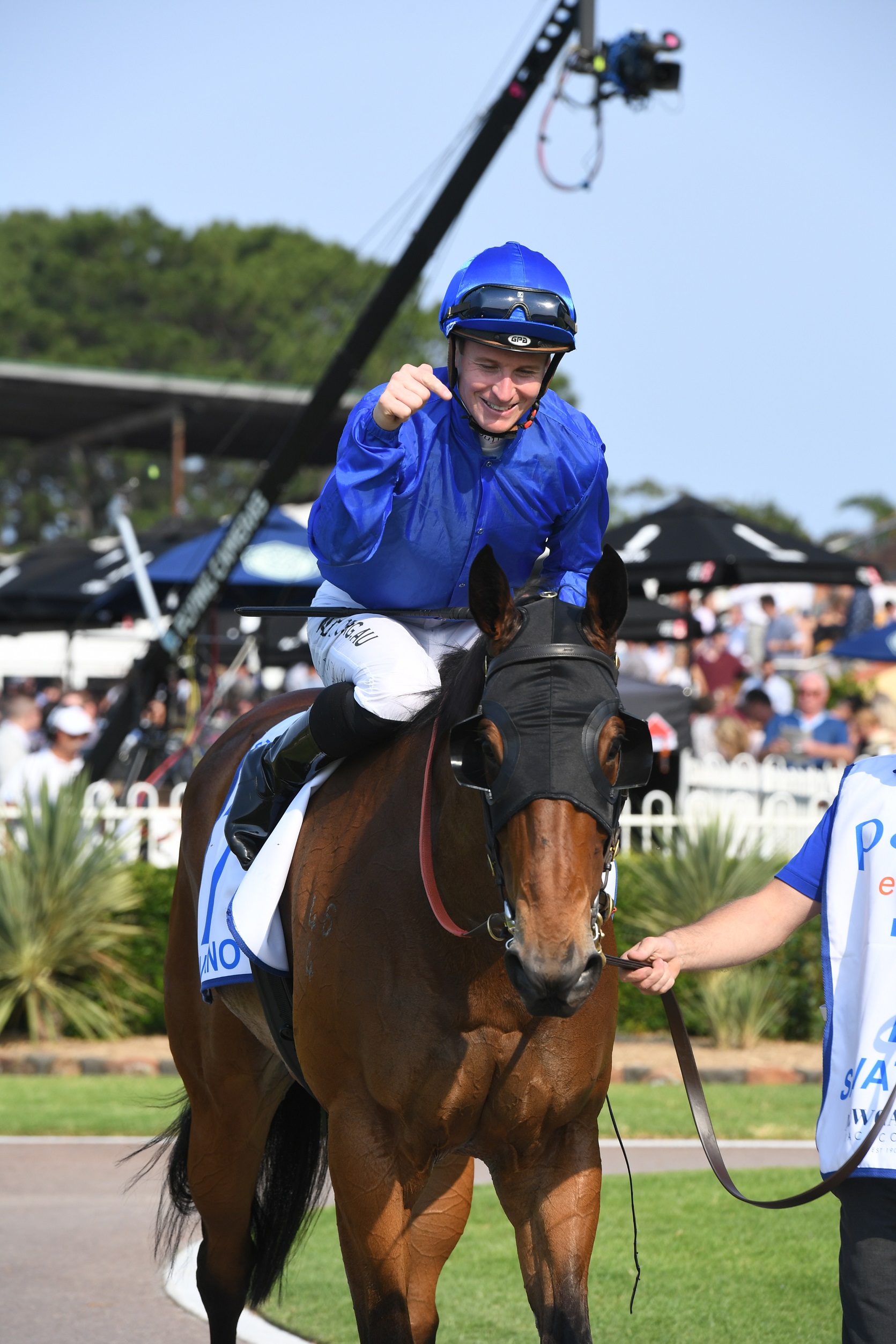 "She was a very fit mare. It was a fabulous win for a very deserving horse.

"She is quite electrifying. Just pure speed. Not a lot of horses can sustain that gallop but she is able to, she conserves her energy mid-race. She has got a lot more substance to her now."

Savatiano clocked 1:15.76s beating Reiby Rampart's previous mark of 1:15.91. McDonald knew as soon as he turned for home that he was on the winner.

"I just cruised across and never looked like losing. I was surprised how easy we got to the front and then I didn’t go that hard," said McDonald.

"From the 600 I never thought I was going to lose. I couldn’t believe it when I asked to go, how she just put them away. That is a top class mare."

Newcastle-trained horses filled the placings and James Deamer was thrilled with the run of Bon Amis, bravely holding on for third having missed the Sydney Stakes back in October with a virus.

"He didn’t let us down. He had been going very well but he just missed that run going into the race," said Deamer.

"There were no excuses there today. He pinged the lids and Jason (Collett) gave him a super ride, he just wasn’t good enough on the day."

Three-time Group One winner Le Romain tailed off to run last, and was found to have bled from both nostrils.

Check out the results and replays for The Hunter Day at Newcastle.