Lees Still Has Randwick Firepower Despite Absence Of Gem Song

Randwick Guineas aspirations for talented three-year-old Gem Song are over.

Kris Lees this morning ruled out a start in the $1m Group 1 Guineas (1600m) at Royal Randwick next Saturday after announcing the colt’s withdrawal from tomorrow’s Group 3 Liverpool City Cup (1300m) there.

“The skin problem which forced his scratching from the Hobartville Stakes at Rosehill Gardens last Saturday has flared up a little again,” Lees said this morning.

“It was touch and go, but I have decided not to run him tomorrow and as a result he won’t be ready to line up in the Guineas next week. 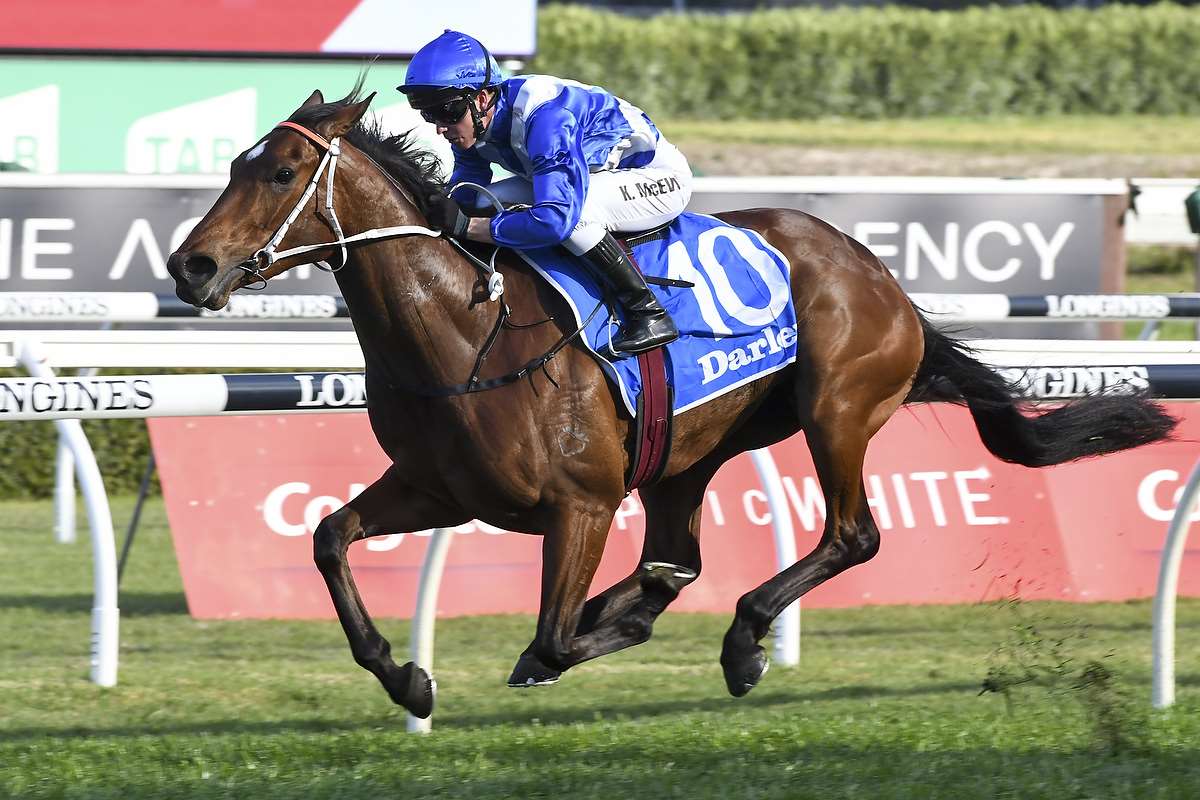 Miss Fabulass (Kerrin McEvoy) scores at Royal Randwick - the filly will represent the Kris Lees stable there on Saturday. Image by Bradley Photographers

“He needed to run in the Liverpool City Cup to be able to go into a 1600m race at his third run back.”

In spite of the disappointment, Lees is confident he can continue Gem Song’s autumn preparation.

“There are plenty of good three-year-old races for him,” he said.

Invincible Gem ($13 on TAB fixed odds) won’t run in the Group 2 Guy Walter Stakes (1400m), having drawn the outside barrier in a field of 11 (Frolic had already been withdrawn).

“I’ll keep her for the Newcastle Newmarket (1400m Group 3) next Friday, and Princess Posh also will represent the stable in that race,” Lees said.

Whereas El Dorado Dreaming drew the inside alley – as she did when a first-up fourth to Nakeeta Jane in the Group 2 Light Fingers Stakes (1400m) at Randwick on February 16 – Miss Fabulass again has drawn poorly (the outside barrier).

“Both fillies are in good order,” Lees said. “El Dorado Dreaming is going to be better suited at tomorrow’s distance, and Miss Fabulass has to be ridden back as she needs cover and we have been teaching her to relax to handle longer distances.

“I would have much preferred a better draw for Miss Fabulass, but I’m forgiving of her first-up ninth in the Light Fingers. I’m sure she will run well as will El Dorado Dreaming.”

Both three-year-old fillies will take on older mares next in the Group 1 Coolmore Classic (1500m) at Rosehill Gardens on March 16.

The resilient 10-year-old is beginning another campaign and, whilst he has been placed on a number of occasions whilst fresh, Lees is unsure that will be the case on this occasion.

“With the track upgraded to a Good 4, he is going to find it tough,” he said.