Unbeaten at two starts at Rosehill on rain-affected ground since joining Kris Lees’s team, the import is stepping up to weight-for-age company but his trainer feels he can cope, especially if the track remains on the soft side. 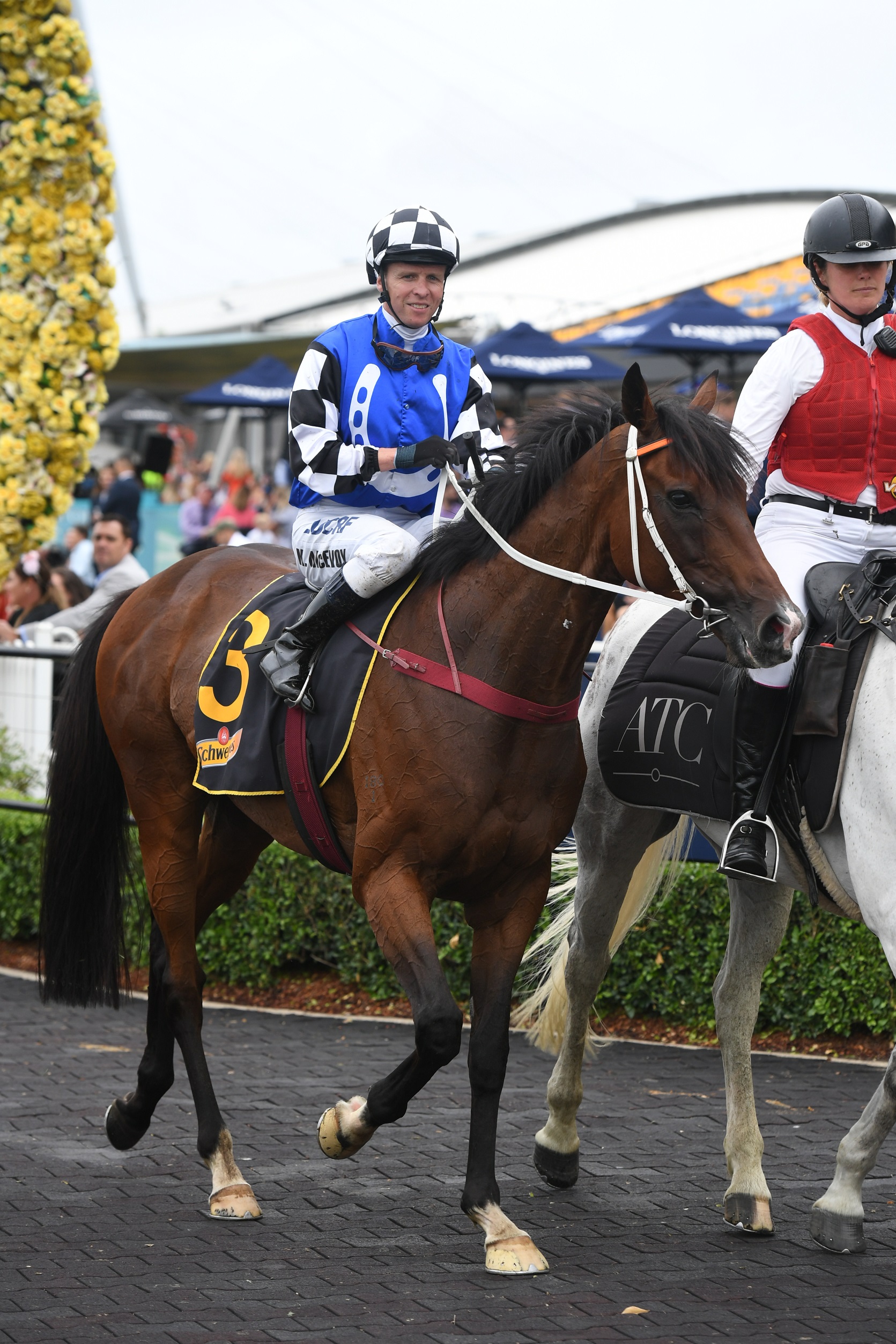 The Cup will be run on April 13, and Red Cardinal, with 53kg, cannot be re-handicapped if he wins the Tancred because of the weight-for-age conditions.

He is $3.50 second favorite on TAB fixed odds in the early Tancred market, and at $11 for the Cup.

Lees is also considering backing up other Sydney Cup hopefuls Big Duke ($6) and Doukhan ($51) in the Tancred after their excellent performances (second and fifth respectively) in last Saturday’s Group 3 Manion Cup over the Tancred course.

“We’ll monitor the track conditions for both,” Lees said.

Whereas Lees is seriously contemplating pitting Frankely Awesome against the “boys” in the $2m Group 1 Australian Derby (2400m) at Randwick a week later, El Dorado Dreaming’s Vinery performance will determine whether she proceeds to the Australian Oaks (2400m) on April 13 or reverts to the Coolmore Legacy Stakes (1600m) the same day. Each race is worth $1m and carries Group 1 status.

Princess Posh ($15) and Invincible Gem ($26) are both likely to run in Saturday’s Group 2 Emancipation Stakes (1500m) at Rosehill. They finished third and eighth respectively in the Group 1 Coolmore Classic over the same course there on March 16, the former continuing her excellent form and the latter having no luck in the run.

Talented sprinter Tactical Advantage was given an easy time by Darryl McLellan when sixth to Reginae in a 1000m Gosford trial this morning, and the Listed Hawkesbury Gold Rush (1100m) at the stand-alone fixture on April 28 is his likely return assignment.

“I was thinking about getting him ready to run first-up in The Galaxy last Saturday, and I’m glad I didn’t in view of the heavy conditions,” Lees said.