Hawkesbury husband and wife training partnership Jason Attard and Lucy Keegan-Attard made a last-minute decision to run Kiarra Rose on the Beaumont Track at Newcastle on Thursday – and it paid a handsome dividend.

Ridden by Kathy O’Hara – her sole mount at the meeting - $31 chance Kiarra Rose dashed along the fence to land the Benchmark 70 Handicap (2200m).

Her victory couldn’t have come at a better time, hard on the heels of stablemate Reiby’s Regent’s defeat at odds-on in the previous race, the Class 1 Handicap (1350m). 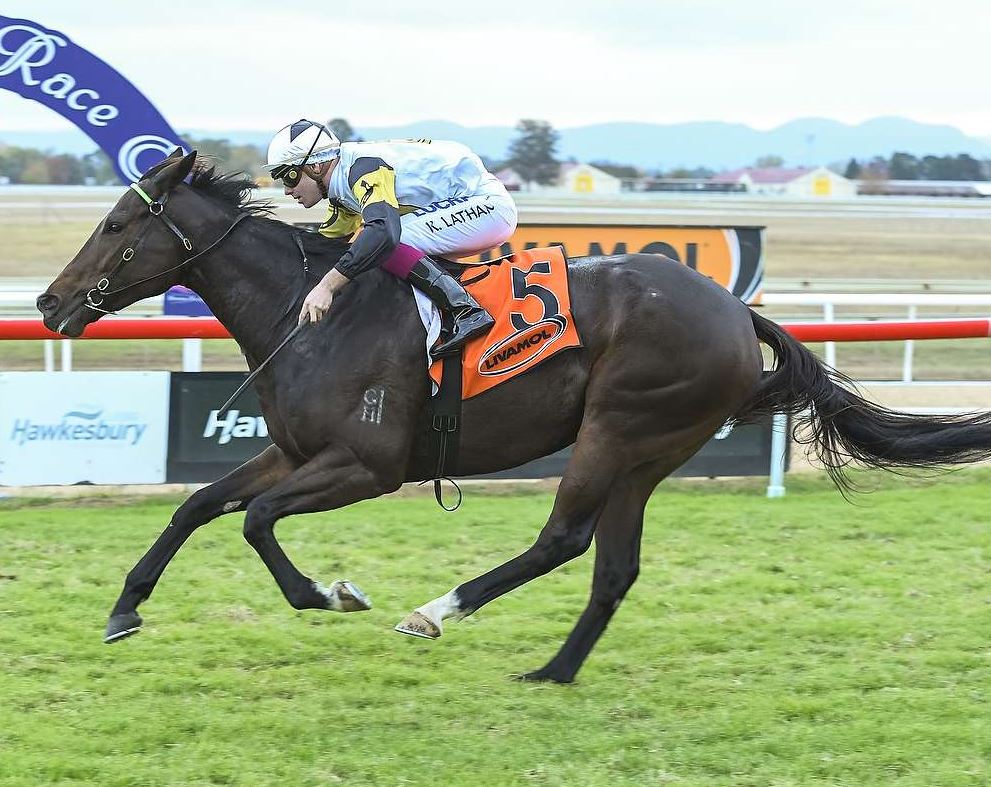 Yet Kiarra Rose very nearly didn’t run in the race at all when a Heavy 9 rating was posted after a fierce thunderstorm hit Newcastle.

“We metaphorically headbutted our heads this morning about taking her to Newcastle,” Lucy Keegan-Attard explained on the drive home yesterday evening.

“Kiarra Rose performed poorly on a heavy track at Rosehill Gardens last month (last in a 2000m Benchmark 78 Handicap on January 18) and she had failed previously on heavy ground.

“But we banked on an improving track (later upgraded to a Heavy 8) and decided to go ahead and run her as we planned a 2400m race (Benchmark 70 Stayers Cup) at Kembla Grange on March 13 as a future goal.

“We wanted to be sure to keep the miles in her legs. But we told the owners not to expect too much from her.

“All credit to Kathy. She went to Newcastle to fulfil her booking for Kiarra Rose and could not have given her a better ride.”

O’Hara took advantage of a rails run in the straight to send the Hawkesbury mare to an easy victory over Snippetspeed ($6.50) and Warset ($17), posting the fifth victory of her career in the process.

Newcastle is proving a happy hunting ground for Team Attard since the couple took out a joint licence at the beginning of the season after Jason had previously trained on his own. The Attards have now won four races – and three of them have been at the northern most provincial track.

Cinderconi won the Robert Thompson Cup on the course proper at Newcastle on December 1, and subsequently also gave the popular couple a city breakthrough at Warwick Farm in January. Red Notice was Team Attard’s other winner, scoring first-up over 900m at Newcastle on February 8.

Kiarra Rose, a seven-year-old Testa Rossa mare, fetched $55,000 as a yearling when sold at the Gold Coast in 2014. She had raced only nine times – for a maiden Queanbeyan victory in January 2016 – when Jason Attard took over her training toward the end of that year.

Thursday’s success was her first since scoring over 2000m on her home track at Hawkesbury in May 2016, but she had been placed six times since: “Kiarra Rose continues to be a beautiful mare to us; she is one of Jason’s favorites,” Lucy Keegan-Attard said.

Whilst Reiby’s Regent ($1.85) finished only third, the Attards haven’t lost faith in the lightly-raced four-year-old: “He wasn’t comfortable in the ground and had no luck in the run either, having to race wide from an awkward draw,” Lucy Keegan-Attard said.

“Reiby’s Regent didn’t give up and still kept coming to the line. We’re confident he will make amends soon on a firmer track and with a better barrier.”

Akari, a brilliant Melbourne Cup carnival winner at Flemington last November, made ground when a first-up seventh to Flit in the Group 2 Light Fingers Stakes (1200m) at Randwick a fortnight ago, but has to overcome a wide draw.