Was Jamie Kah the missing link in turning near misses into a Group One win for Cascadian?

The maligned six-year-old import nosed out Icebath to win The Star Doncaster Mile (1600m) courtesy of a perfectly-time ride by Kah.

“It goes without saying, she’s so far in front of the Victorian premiership it is daylight second. She’s rating right up on the figures as James McDonald is rating in Sydney,” said winning trainer James Cummings.

“We were very, very keen to try and book her for a lightweight ride in the Doncaster and we had a few circling.

“Once Cascadian come through the George Ryder with such a brilliant fourth and we got the opportunity to drop back in weight, Jamie’s team were very happy to ride him.

“While he hasn’t won a heap of races since he’s been here, we’ve worked out a few things with him, we just mucked around with him a bit this preparation. 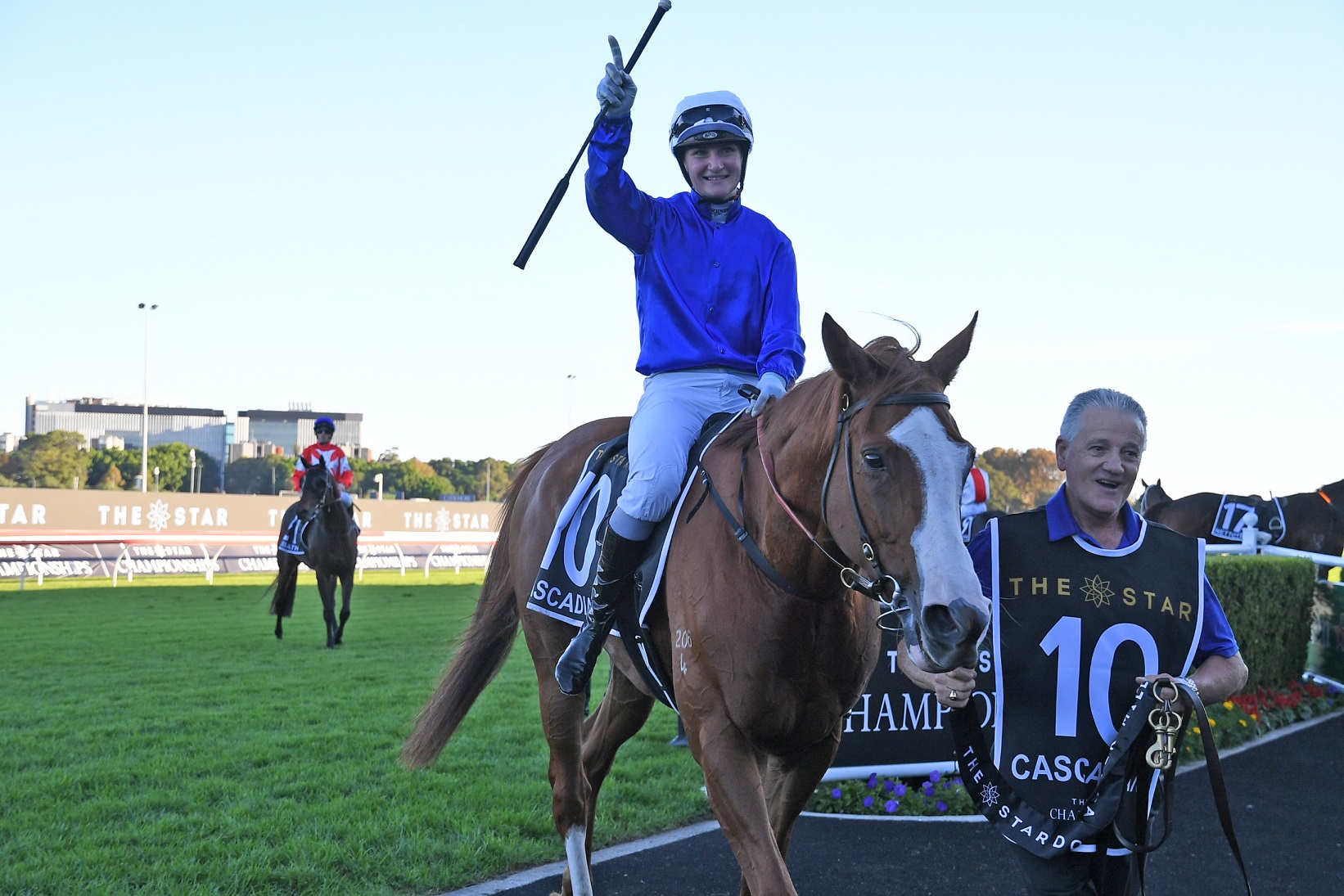 “Twelve months ago he was winning a Doncaster Prelude and now he’s got up and won the Doncaster. I’m really lost for words how remarkable it is to have this horse to finally get up and win one of these big grand finals.”

It was an emotional win for Kah, claiming her first Group One win in Sydney and her fifth overall. Kah also becomes the first female jockey to ride a Group One anywhere in the world for Godolphin.
“I am a bit speechless to be honest,” she said.

“I was talking to Hughie in the gates and said ‘I’m going to follow you. I hope you win but if you don’t I am going to win’.

“We got a beautiful run, everything just opened up at the right time for him. He probably waited a little bit on the line, that is why I wasn’t sure if I had got it or not. But, he stuck his nose out though and I couldn’t be happier.”

It capped a big day for Godolphin on the back on Anamoe annihilating his rivals in the Inglis Sires’ earlier on Day One of The Championships at Randwick.

“A couple of years ago we won the Slipper and the Ranvet on the same day, but for Anamoe to convert and for the Doncaster trophy to come back to Godolphin is fantastic.

“We had had a lean trot, we had a run of outs the last two weeks, but it felt like it was our turn this weekend our horses were perfect and the guys have worked very hard.”

“The team have done a magnificent job to get (Cascadian) nice and lean. To Liam O’Rourke and to all the guys, really behind the scenes, in what is a magnificent blue army on days like this we’ve got to be so grateful. When horses can come off the plane of his calibre we know that we’re cooking with gas.”

Spare a thought for Brad Widdup and the connections of Icebath after she was pipped on the post again, having suffered the same fate over the spring at the hands of Colette.