Jag Springs At A Chance To Shine In Sydney

The eve of a spring carnival might seem an odd time for an apprentice to make the move to Sydney, even a temporary one, but Jag Guthmann-Chester didn’t want to pass up an opportunity.

It was handed to the former Brisbane champion apprentice (2017-18) in the form of a three month stint with Warwick Farm trainer Matthew Smith.

“I was looking to come down 12 months ago on the back of winning the premiership but I probably wasn’t ready at the time,’’ Guthmann-Chester said. 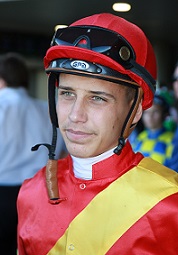 “I thought with not long left on my apprenticeship with a claim it’d be silly not to give it a go.

“It’s probably not a great time and it’ll be tough with only a 1.5kg claim but I thought if I didn’t come this time it’d be harder to come back later.’’

Guthmann-Chester, who will be 21 next month, has ridden 51 city winners but not only lands in the most competitive jockeys room in the country, if not the world, he faces a potentially vintage time for apprentices as well.

But, he figures you don’t learn if you don’t challenge yourself.

And any chance to ride alongside Bowman, McEvoy, McDonald, Boss, Berry, Clark, Avdulla, Rawiller, to name a few of the senior hoops, is not to be missed.

“It’s about learning, getting experience and hopefully just improve my riding,’’ he said.

“I don’t really have any expectations to live up to. My goal would be to get a few winners on a Saturday in town and just mainly build connections with trainers and ride against some of the top jockeys.

“I don't have expectations to be able to base myself in Sydney or whether I come home afterwards, I just want to make the most of the opportunity.’’

The path to becoming a jockey didn’t start in any traditional way for Guthmann-Chester, he wasn’t born into racing, and prior to starting out with Bruce Hill at the Gold Coast he was working at McDonald’s.

It was through his grandfather, a racing fan based near Gold Coast racecourse, who thought his size would lend itself to a career in the saddle.

He sought out the opportunity for an apprenticeship with Hill and as soon as Guthmann-Chester finished year 10, which he did with enthusiasm as he wasn’t so keen on school, he began the journey as a 15-year-old.

“I loved it, ever since I started I’ve enjoyed it from the first day I was there,’’ he said.

His first winner came at just his second race ride.

Despite that fast start Hill forced Guthmann-Chester to be patient and it’s been a successful formula, along with his Brisbane apprentice title he’s claimed his successive Gold Coast crowns.

The new gig with Smith began with a couple of rides at Goulburn earlier this week and he hopes more opportunities will open up as he reduces his riding weight to 53kg (currently rides 54kg).

“I want to make it the best it can be, I’m aware that it’s not going to kick off straight away,’’ he said.

“And if it doesn’t I’ll bite the bullet and hang in there and see what the opportunity throws at me.’’