It's Yes Yes Yes To A Group 1 Before Climbing Mountains

A Group 1 win will take priority for Yes Yes Yes over pushing for a start in The TAB Everest but ahead of the colt’s return at Rosehill on Saturday part owner Brae Sokolski says there’s a scenario where he can do both. 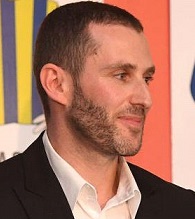 That scenario is dependant on Yes Yes Yes winning the Group 1 Golden Rose later this month.

The Chris Waller-trained colt is part-owned by Everest slot holder Coolmore and is considered one of their major options.

“If he was to win the Golden Rose I’d absolutely be throwing his hat in the ring,’’ Sokolski said.

“He’d be a genuine chance down in the weights, he’d be the only three-year-old competing and have some X-Factor.

“Coolmore are able to keep their slot open after the Golden Rose.

“The priority for Yes Yes Yes is winning a Group 1 so if he doesn’t win the Golden Rose we won’t jeopardise his preparation for the Coolmore Stakes (in Melbourne).

“Irrespective of how good a run he may produce in that race I can’t see Chris running him in The Everest as a lead up to the Coolmore.’’

The Golden Rose market will receive a shake up after the Group 2 $200,000 Sydney Markets Run To The Rose (1200m) with the top five horses in betting competing in that race plus the next two in the Dulcify over 1500m on Saturday.

Yes Yes Yes, equal second pick at $8, missed the San Domenico Stakes two weeks ago due to the wet track and Sokolski said while he and Waller are confident the colt will run well the race fitness his main rivals Exceedance and Bivouac have could come into play.

Exceedance was $2.20 TAB favourite for the Run To The Rose on Thursday with Yes Yes Yes at $5.50.

“We had to scratch him from the heavy track first-up so he’s never had a pristine preparation,’’ he said.

“Chris thinks he has the horse in great order and the only reservation he has is he feels he might be slightly underdone against the top two who have both had race starts this preparation.

“He’s just worried they may have him based on that factor alone but we are looking for him to perform very competitively if he’s going to be a chance in the Golden Rose.’’

Sokolski has an interest in a number of horses with Waller, including Group 1 performers Verry Elleegant and Kings Will Dream, and said being an owner of a boom young horse can be an interesting experience.

“It can be hard to keep a lid on it but he went through his grades pretty slowly,’’ he said.

“It built momentum for him, it wasn’t like he was thrown into those early Listed races, and he had some drama as well that added to the cache of the colt.’’

While he’s cautiously confident about Yes Yes Yes, Sokolski said he’s hoping his emerging stayer Dabiyr can earn himself a crack at The Metropolitan by winning the Rosehill Bowling Club Handicap (2400m).

A winner of two from four in Australia, the imported five-year-old switches to Sydney after a 4-1/4 length win at Moonee Valley on August 24.

“We didn’t expect him to win in the dominant fashion he did at Moonee Valley,’’ Sokolski said.

“He’s a strong robust horse and the sort you can step up in grade quickly. If he is to win on Saturday and if Chris thinks he’s a top three chance in a Metropolitan we’d head that way.

“He’s bombproof too, his racing style lends itself to staying out of trouble, he runs great sectionals and gets the others off the bit.’’

Dabiyr is $2.60 favourite for Saturday with TAB and a $26 chance in The Metropolitan run on October 5.