Irish Apprentice Sherry Gets His Fresh Start With Newnham

A young Irish apprentice who hopes to make a life for himself in Australia under the guidance of trainer Mark Newnham will make his local debut at Newcastle on Saturday.

If it sounds like you’ve heard this story before, it might have a familiar ring to it. 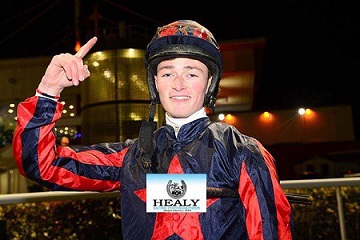 But Tom Sherry isn't trying to be 'the next Robbie Dolan', though that's not a bad thing to aim for.

For the 21-year-old, who claims 4kg, it’s a chance for a clean slate after he felt his career was over before it really got started when last year he was banned for four years for failing a drug test.

Back in May the penalty was revised to 10 months and the rest suspended paving the way for Sherry begin his new journey.

“It was a dream come true coming to Australia because it felt like I had a second chance,’’ he said.

“I thought I’d never race ride again but I just felt it was a fresh start. When I failed the drug test I said I’d give it a go and try something new, I just fell in love with Australian racing.

“It’s been a very long year, but I’ve learned so much and grown up a hell of a lot.’’

Sherry counts last season’s champion apprentice as a great role model to have in the stable.

Not only do they share an Irish background, and Australian master, they also share a manager in Wayne Harris but Sherry is in awe of the very high standard Dolan has set with his rise in the last year.

“For any international jockey anywhere in the world he’s set the bar high,’’ he said.

“Not just for an Irish lad, for anyone that comes to Australia they are going to compare to Robbie Dolan because he’s taken it by storm.

“He’s just been a massive asset to me, especially at the moment getting ready for racing.’’

As a young teenager Sherry used to drive a horse and carriage between the Guinness factory and Temple Bar in Dublin to earn money.

He’d charge them 20 euro for the trip but was eventually encouraged by his father to join the racing academy, which he did when he turned 16. Sherry rode his first winner at Dundalk just under two years ago.

When he arrived in Sydney his first gig was working for Bjorn Baker out at Warwick Farm, his old boss in Ireland knew Baker’s then racing manager Jack Bruce, but after a couple of months he was poached by Newnham’s stable.

Sherry said it took a few conversations with Newnham’s foreman James Ponsonby before he made the move and once he did what was expected of him was made very clear.

“I met Mark and there was no bull from him, he was straight to the point and told me I had to work hard and there would be no messing about,’’ Sherry said. 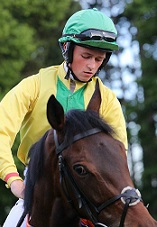 “If I did that he said he’d give me the chance and he’s kept his word. He said it’d definitely be 12 months at the country and provincials but I’m happy to be here.

“I haven’t set any massive goals yet. If I could just get the ball rolling, get plenty of rides and contacts that’s a good start.’’

A perfect start for Sherry would be guiding Mark Newnham’s talented but enigmatic gelding Canyonero to a long overdue win in the Australian Bloodstock Plate (1200m) at Newcastle.

Canyonero is a 13 start maiden, but placed nine times, and Newnham has thrown just about everything he can think of to encourage the gelding to win a race – perhaps Sherry can weave some magic after he finished a luckless third at his second run back from a spell.

“He’s been a bit tricky, the boss said he’ll call me a genius if I can get him to win,’’ Sherry said.

“He has all the ability in the world, it’s just getting it out of him. He has a perfect barrier and with the claim off his back he should be hard to beat.’’

All the fields, form and replays for Saturday's Newcastle meeting