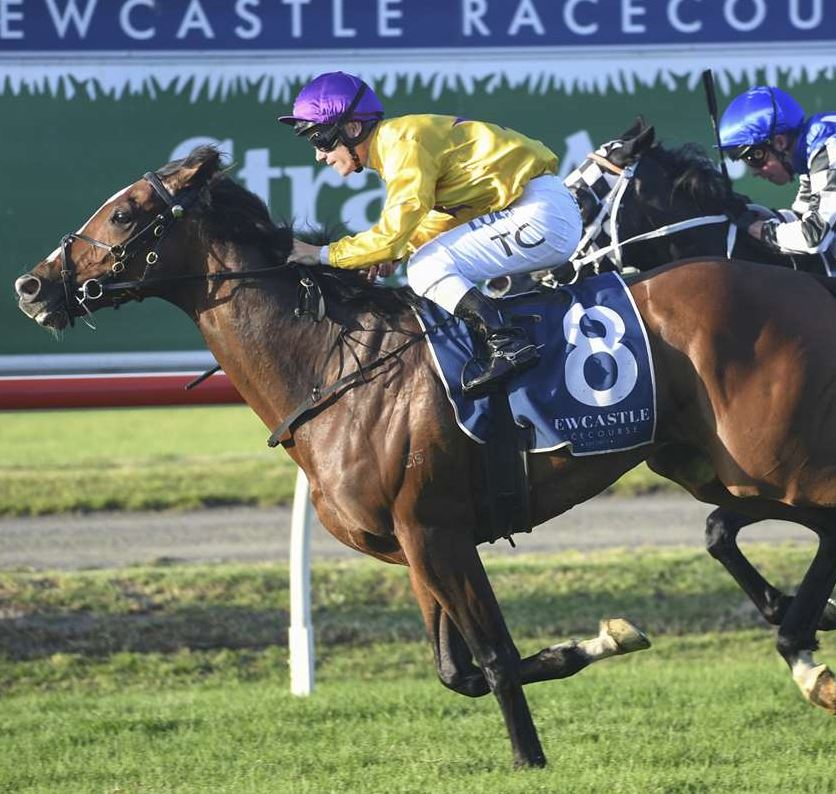 Kris Lees is yet to win his hometown Cup and he has accepted with a quartet of stayers, including topweight and $2.15 TAB favourite Mugatoo.

The latter had two trials before his first run in five months when placed in the Wyong Cup two weeks ago.

After being in a prominent position in the early stages, the six-year-old was shuffled back and only had three horses behind him with 600m to run.

Hush Writer was in the clear on the home turn and he quickly joined the leaders before being nailed on the line.

Co-trainer Adrian Bott is bullish concerning Hush Writer’s prospects on Friday: “He has come on nicely since the Wyong Cup and of course he is much fitter.

"Hush Writer needs a firm track and Tim Clark has a good association with the horse. We didn’t expect him to be shuffled back at Wyong and his run was very good.

"Depending on tempo Hush Writer will be a lot closer on Friday. He will follow the same path as last year Wyong Cup, Newcastle Cup, The Metropolitan and St. Leger,” Bott said on Wednesday.

Mugatoo is clearly the best chance of the Lees quartet and he is in great form. The imported stayer won the Canberra Cup in March and was then beaten half a length in the Group 3 Manion Cup. This preparation Mugatoo is unbeaten in two starts at Rosehill.

Special Reward is on the back-up after a luckless fourth in the Group 2 Theo Marks at Rosehill Gardens on Saturday. He has a very good record and may head to the Epsom Handicap if he runs well.

Rock is a lightly raced five-year-old and another with a good record. His first-up performance when a close fifth behind Dreamforce in the Group 2 Tramway Handicap was an eye-catcher.

Just Thinkin’ ($7) is on an Epsom Handicap path after a second-up Randwick win two weeks ago. Queenslander The Candy Man ($5) has joined the Snowden stable and adds interest to a very strong Group 3. The grey is also entered for Royal Randwick on Saturday.

As is the norm each year, the Group 3 Yarraman Park Tibbie Stakes features a capacity field with equal favourites Wandabaa and All Saints Eve at $6 with TAB. A couple at double figures Yamazaki ($10) and Icebath ($12) will run well.