Hawkesbury Race Club chief executive, Greg Rudolph, has announced that he will leave the historic provincial club after three and a half years at the helm.

Having joined the club in the autumn of 2016, Rudolph has overseen a prosperous period in the Hawkesbury Valley, progressing major capital works programs including installation of the Polytrack training track, administration, jockeys’ and stewards’ rooms as well as grandstand renovations to meet metropolitan standards.

Rudolph also boosted corporate sponsorship to the club and provincial sector, securing sponsorship for both the Polytrack Provincial Championships and inaugural Sky Racing Spring Provincial series. He also presided over the most successful Saturday stand-alone in the club’s history.

Rudolph leaves with the support of the Hawkesbury Race Club Board, whilst reflecting fondly on his time in charge. 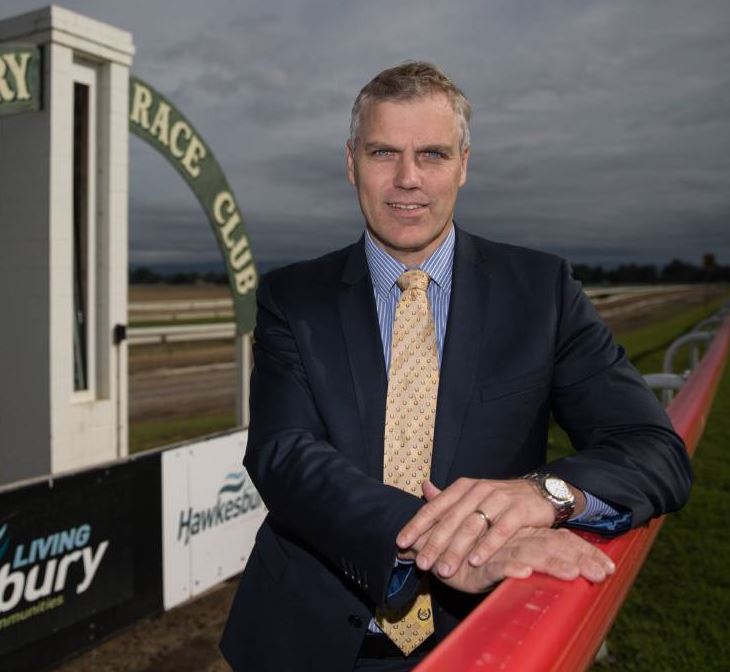 “I have thoroughly enjoyed my tenure as CEO of the Hawkesbury Race Club, which continues to go from strength to strength,” he said.

“The club has continually improved to deliver high-quality racedays and events and I have been honoured to lead a team that has achieved those standards.

“My position has allowed me to serve the local community in various committee roles and I have been fortunate to work with some fantastic, passionate people in the Hawkesbury.”

Rudolph said he and the Board were proud of what had been achieved during his term, which has extended beyond his initial three-year commitment.

“We introduced new corporate partners and sponsors such as Tabcorp, Polytrack, Killahy Equine and Robert Oatley Wines and delivered successive profits to the club whilst assisting the local community through numerous charity racedays and events,” he said.

“The time is right for me to complete my business studies and to put some more time into other positions I hold, in charity fields, for example.

“I wish Hawkesbury Race Club continued success as they embark on another exciting chapter and look forward to continue working with them in the short term.

“Strategically, we have implemented a number of initiatives in the last few years and it is pleasing to see them come to fruition.”

Hawkesbury Race Club chairman, Ken Quigley, said: “It is testament to Greg’s ability that he was able to deliver so many positive outcomes to the club in such a short time.

“Not only was he focused on growing the club financially, but also took great responsibility to ensure our facilities were continually improved, both on and off the track.

“In association with the Board, he was able to deliver consecutive profits, including a record profit during the 2017-18 financial year; a fantastic result for the club.

“Greg also oversaw the refurbishment of the on-site Hawkesbury Race Club Motel, increasing occupancy and yield, a vital asset to the non-racing revenue of the business, whilst fulfilling industry positions as chairman of the Provincial Clubs of NSW and a member of the Racing Industry Consultative Group.

“His focus on accountability leaves the club with an increased asset portfolio, strong balance sheet and a solid platform for future growth. We have just received council approval for the building of on-course stables, which is our next major project.

“The Board is grateful for the great work Greg has contributed during his three and a half years as CEO of Hawkesbury Race Club and wish him well for the next phase of his career.”

Rudolph will continue to work with the Board on an interim basis in a consultancy role for projects, whilst the club searches for his replacement in the coming months.