Hawkesbury Race Club chairman, Ken Quigley, reckons good things come in threes! And who could blame him after a weekend which would be pretty hard to beat.

Not only is Quigley a part-owner of Saturday’s Hawkesbury winner We Could Be Heroes, he followed it up by celebrating both Father’s Day and his birthday on Sunday. 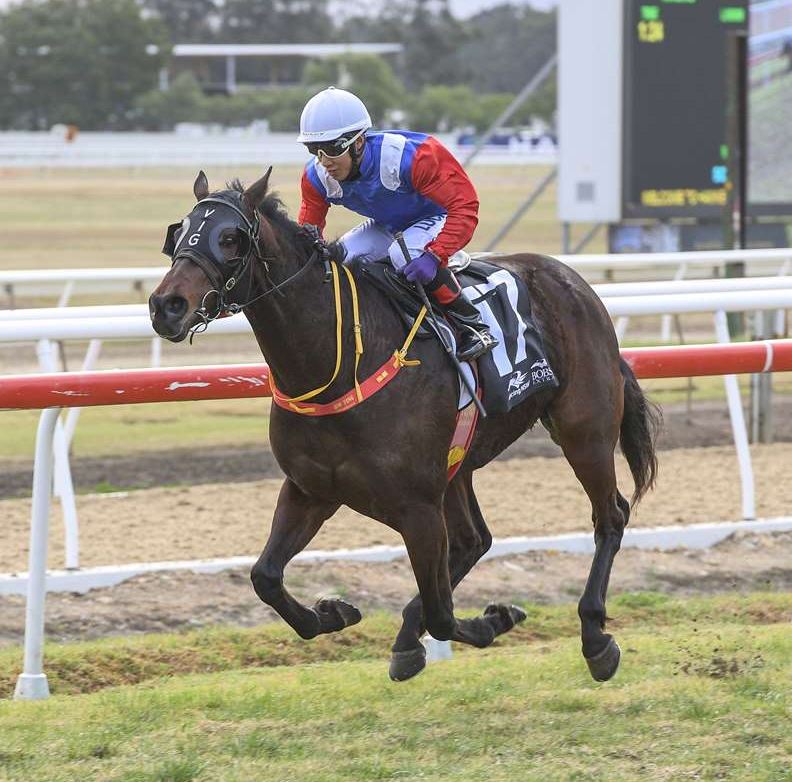 We Could Be Heroes (Qin Yong) heads for home at Hawkesbury on Saturday. Image by Bradley Photographers

“I got the trifecta,” Quigley said as he headed off to a family lunch in Sydney.

To put the icing on the cake, his daughter and son-in-law Tara and Philippe Vigouroux train We Could Be Heroes, who was the sole local winner on the eight-race 'Saddle Up For Spring' meeting.

We Could Be Heroes, well backed to start at $4.80 in the Westbury Constructions Benchmark 64 Handicap (1400m), gave his rider Qin Yong his first provincial winner since returning to Australia – and the 30th of his local career.

Apprenticed to leading trainer Brad Widdup, Qin Yong rode 16 winners in his first season in Australia in 2017-18 and then a further 12 in the first half of the last season before returning to China earlier this year to finalise a visa so that he could continue to ride here.

The mature age apprentice began riding again in late July and scored on Miss Leah at Parkes on August 19.

We Could Be Heroes was his only ride at Hawkesbury, and he gave the five-year-old a perfect run in transit, trailing front runner Test Of War ($31) and then choosing to stay on the inside in the straight when others were keen to avoid the fence.

We Could Be Heroes, with the benefit of the jockey’s 3kg claim, fought on strongly to defeat Loveseat ($11) and Test Of War.

Team Vigouroux, coming off the back of a successful 2018-19 season (15 winners), has won two races with We Could Be Heroes in the first month of the new season. The couple had a good reason for purchasing the Zariz gelding for $35,000 at the 2016 Inglis Classic Yearling Sale.

Tara Vigouroux trained his dam, the Scenic mare Scenic Review, and won three races (two at Kembla Grange) with her.

The couple also has his four-year-old brother Black Star Bowie (who has been placed at all four starts), and unraced three-year-old half-sister War Review (by The Brothers War).

We Could Be Heroes has more than recouped his purchase price. The Hawkesbury win was his third and he has notched eight minor placings and earned $87,160 so far.

He ran six seconds in a row before getting back into the winning list at Kembla Grange in a Class 1 Handicap (1200m) on August 8.

Quigley, who has been a member of the Board of Directors at Hawkesbury for 27 years, was the club’s vice chairman from 2007 until his elevation to chairman in 2015 when John Hiatt OAM retired. Remarkably, he could have been excused for quitting racehorse ownership after his first horse.

“I was in a filly called Que Va La with the late Randwick trainer 'Skeeter' Bentley many, many years ago, and she could not pick her feet up,” Quigley recalled.

“When she ran last at her final start at Kembla Grange, her jockey Rod Quinn joked that ‘the ambulance went past her 100m from the finish’”.

We Could Be Heroes (named after the 2014 hit song) had only three starts (and was placed in a Newcastle race) as a late two-year-old, and broke through at his eighth start in a Nowra Maiden (1200m) on October 21 last year.

“The Zariz breed need time to mature, and We Could Be Heroes is now producing his best form,” Quigley said. “And we’ve got high hopes for his younger brother (Black Star Bowie). We’ve been very patient with him.”