Haut Brion Her has already won six races and amasses $1.4 million in prizemoney but owner-breeder Toby Liston is steadfast that "it's just the beginning" for the five-year-old powerhouse.

Over the spring, Haut Brion Her, born and raised at Three Bridges Thoroughbreds Stud Farm in Victoria, announced herself as a Group One winner in waiting with a brave fifth in The TAB Everest at Royal Randwick before being gunned down by Gytrash in the Yes Yes Yes Stakes.

Haut Brion Her is named after the French wine Chateau Haut Brion. 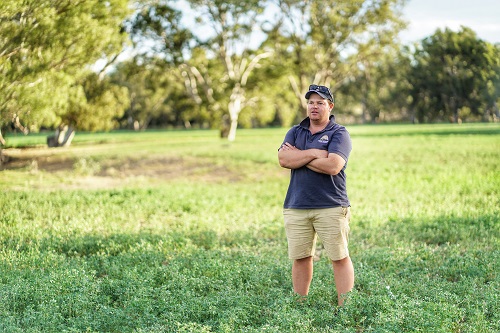 “She has come back a different animal, she looks like a stallion. They do tell me that the second time back after a long let off they are always better and we’re hoping that’s the case which makes her very hard to beat in anything that she runs in,” said Liston.

“She put on 102 kilos in 47 days in the paddock, which is phenomenal, I thought Chris (Waller) was going to tell me off for how much weight she had put on.”

It’s easy to forget that last preparation was all on the back of a year on the sidelines plagued by sesamoid and tendon issues, which were originally determined by vets to be career ending.

“We sent her to rehab thinking worst case, she may as well get fit before going to stud and if she can run again that’d be a bonus,” said Liston.

“It’s a story of perseverance, we just thought we’d give her one more chance and six months later she was running in The Everest which was wonderful to be a part of. It was a thrill; your heart jumps out of your chest and they are the moments you live for.

This will be the first time in her career that she will be prepared solely as a sprinter. There was a thought early days that she could develop into a miler having won out to 1400m.

“She has come up really quickly and she trialled brilliantly,” said Liston.

“Fingers crossed she stays sound with her goals being the Galaxy and the TJ Smith and then there are couple of races in Queensland for her.

“We have always had a massive opinion of her and so has Chris so it’s good to see people are now seeing what we always thought she could do.” 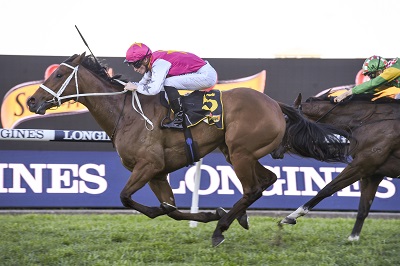 Her dam’s name is One In A Million and you don’t need to talk to Liston for long to realise how apt that is. Liston recalls the day he was the winning bidder on Haut Brion Her’s dam, sitting on opposite sides of the sales ring to his father, Peter.

However, It wasn’t long before Liston’s overreaching was vindicated.

“Pauline, my mother, has worked with horses all of her life and she identified her after she was a week old that she was special so we told the owner and questioned if we should sell something so special,” he said.

“Gary Johnson owns 80% of the horse and he stumped up the majority of the cash for The Everest, backing his own product and his horse which is what he does in his businesses, so it wasn’t a shock to us to see him buy the slot.

“Steve Gardiner is the other owner. They are both from Broome, that’s the connection.

“It’s the first city winner he has ever bred and he is having the ride of his life. He is a wonderful client and person; he has been a client of ours for 15 years and to see him get such a thrill is pretty exciting.”

They all believe Haut Brion Her could fly the flag for Three Bridges for another season or two yet as well.

“We are a small family farm, a boutique operation, and we don’t get the chance to race elite horses all that often so you have to enjoy them while you can,” said Liston.

“She is a long time being a broodmare and we think she is only hitting her straps now, there is still a possibility that she will keep improving.

“We still haven’t seen the bottom of her so there is a good chance she’ll be going around next year as a six-year-old.”

This article was originally published in the March edition of the Racing NSW magazine.