Talented three-year-old Gem Song begins a Randwick Guineas path when he resumes at Warwick Farm on Saturday. Kris Lees confirmed the colt will kick off in the Group 3 Eskimo Prince Stakes (1200m) where he is a $5.50 chance (in from $8) on TAB fixed odds.

The Your Song colt was to have contested last October’s $2m Group 1 Caulfield Guineas (1600m) – won brilliantly by The Autumn Sun – but a temperature spike forced his race morning withdrawal and his Melbourne campaign was subsequently aborted.

“He had a nice break and has come back really well,” Lees said. “The 1200m might be a bit sharp for him on Saturday, but I feel he will be competitive all the same.” 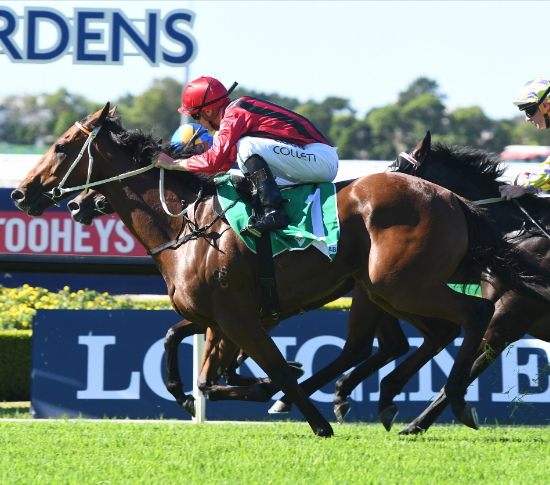 Gooree Stud-owned Gem Song has won three of his only five starts, and was placed in the other two.

He hasn’t raced since carrying 59kg and finishing second to Mickey Blue Eyes (53kg) in the Listed Dulcify Quality (1600m) at Royal Randwick on September 29.

He has trialled once leading into Saturday’s resumption, winning an 800m heat on the Beaumont track on January 22.

“She trialled well last month and deserves her chance in such a big prizemoney race,” Lees said. I Am Invincible filly Evalina, who races in the Lucia Valentina colours, also won an 800m Beaumont trial on January 22, beating highly-rated stablemate Miss Fabulass.

Lees was delighted with the latter’s Wyong trial - she finished a close fourth in an 845m heat in 50.75 seconds. Miss Fabulass will resume at Randwick on Saturday week, along with Group 1 winning stablemate El Dorado Dreaming (third in another 845m heat in 51.29s), in the Group 2 Light Fingers Stakes (1200m).

Both fillies will then go on to the Group 1 Surround Stakes (1400m) at Randwick on March 2 and most likely the Group 1 Coolmore Classic (1500m) against older mares at Rosehill a fortnight later.

“The Coolmore will tell us whether we press on to the 2000m Vinery Stud Stakes (at Rosehill on March 30) with Miss Fabulass,” Lees said. “She relaxed really well this morning in the trial; it was very encouraging.”