The 1200m $150,000 race, which was washed out last Saturday, has attracted a cracking field and Golden Tycoon ($5) was a close second favourite on Wednesday behind the Kris Lees-trained filly Evalina ($3) with TAB Fixed Odds. 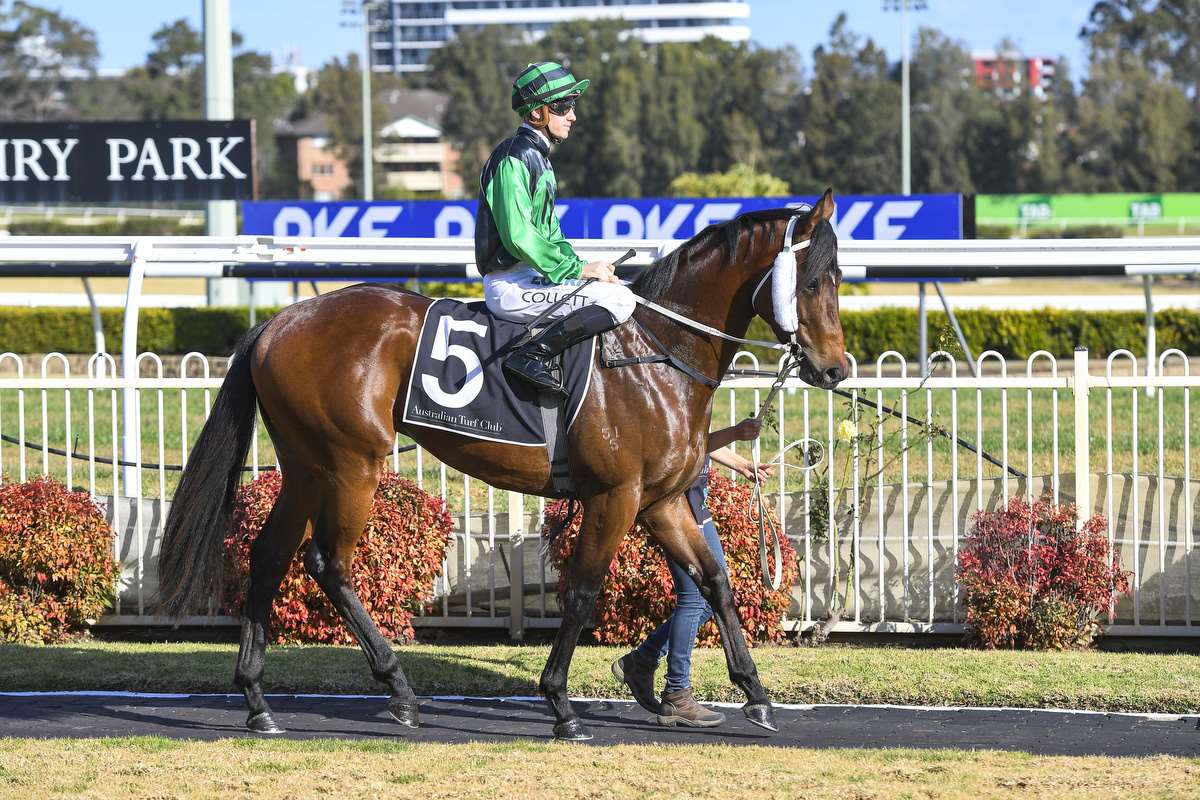 "Gosford is my home track and I set Golden Tycoon for the qualifier there as he was second-up and the 1200 metres was ideal," McFarlane said on Tuesday.

"However, the rain came and the track was going to be a Heavy 10 and I was concerned.

"A Good 4 at Newcastle, and I am over the moon. It's a huge positive for my horse."

Golden Tycoon and Evalina are the pair with black-type form in the race.

Golden Tycoon was beaten less than half a length when third in the listed Rosebud at Rosehill in August and Evalina went down a long head in he listed Reginald Allen at Randwick in October.

McFarlane, a former World Cup cyclist, does not hide his admiration for his colt.

"Golden Tycoon is a potential Group 1 winner and he will get better as he has only had three starts," he said.

"He bolted in at a Canterbury two-year-old maiden on debut in July. Three weeks later I threw him in the deep end in the Rosebud and his run was outstanding.

"He led to the last bit and was beaten less than half a length by Sandbar and Charge. I produced Golden Tycoon first-up at Rosehill on February 23 and he finished fourth on a Soft 7.

"He has improved greatly since. This horse normally explodes out of the barriers so I am not concerned with the wide barrier. However, I don't want Golden Tycoon sitting four-deep outside the leaders.

"He may lead or sit outside the leader. I don't like to be too bullish but he is pretty smart. It is a very good field and Evalina and Americana Magic will be the toughest to beat."

Lees, who has trained two Provincial Championships Final winners, is yet to qualify any of his team this year after two heats but he has a big chance on Thursday with Evalina, Kanavu ($11) and Chalmers ($34).

Three-year-old filly Evalina is the best of the trio. Raced by Lib Petagna of Lucia Valentina fame, Evalina has two wins and three seconds from seven starts.

She was very good winning on Randwick's Kensington track last start and was beaten a long head when runner-up in the Reginald Allen in October.

Evalina will be ridden by Newcastle hoop Darryl 'Digger' McLellan and has to carry only 54 kilograms.

Americana Magic ($7.50) was beaten 1.5 lengths by the ill-fated Lees-trained Smart Melody at Wyong in August. He is an on-pace runner and won a recent trial by close to 10 lengths.

Lees has accepted with 11 of his team on the marathon nine-race program. Lucky Mission ($2.30) in race one and Evalina are early favourites.

Ron Quinton, fresh from another group 1 Coolmore Classic win, will send promising filly Hibiscus Lady ($3.30 fav) to Newcastle. The three-year-old has toyed with her rivals in two recent short-course wins at Newcastle and Gosford.