TAB Everest favourite Santa Ana Lane will tackle the $14 million spring centrepiece at his second run back from a spell, the Anthony Freedman stable has confirmed. 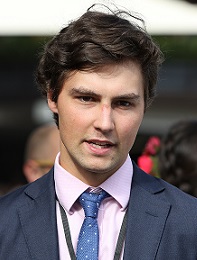 The Group 2 The Shorts (1100m) at Randwick on September 21 is the only time we’ll see Santa Ana Lane under race conditions prior to the TAB Everest (1200m) on October 19, assistant trainer Sam Freedman said on Sky Sports Radio on Wednesday.

Santa Ana Lane is due to have a barrier trial over 800m on Monday at Cranbourne before a decision on which state his second trial will be held in.

“We’ll just ride him quiet there and he’ll only have a soft hitout but it will be good for him to get off the property, he’s been down at Pinecliff the whole time this prep,’’ Freedman said.

“He seems in really good order and he’s quite forward this prep for the work we have put into him.

“He’ll have another trial, maybe one in Sydney, run in The Shorts then head to the Everest second-up with another trial in between.’’

Freedman said that pattern of keeping Santa Ana Lane, the $5 favourite with TAB whose slot the gelding will run in, worked earlier this year and saw him race away with the Group 1 TJ Smith Stakes (1200m) during The Championships.

A year ago the six-year-old was second-up when he set a new track record over the Everest course in winning the Group 2 Premiere Stakes but didn’t pick up in the heavy ground in the main event two weeks later.

“He does well with a break between runs,’’ Freedman said.

“We’re planning for everything that could possibly happen towards the Everest. We’ve got him in nice and early to allow for any hiccups that can happen along the way.

“Once you get him with some base fitness we keep him happy and in the zone. As we’ve seen with him if you get him in the right state of mind he can reel off some incredible sectionals.’’

Mark Zahra has been booked to ride Santa Ana Lane through his TAB Everest campaign.

There’s just over two months until the third running of Australia’s richest race and so far we’ve seen four of the eight secured runners at the trials.

With Santa Ana Lane trialling on Monday and Chris Waller’s pair Enticing Star and Arcadia Queen scheduled to trial at Rosehill on Tuesday it leaves only Classique Legend to emerge.

Co-slot owner Carmel Size said the grey had the equine equivalent of a human’s runny nose over the weekend so missed his scheduled trial and will now step out on August 27.

It seems The Shorts will also be the lone Everest lead up for In Her Time with trainer Kris Lees reporting he'll firm up plans following her second trial at Newcastle on Monday.

"At this stage I'd suggest she probably doesn't run in the Concorde and goes to The Shorts then into The Everest with a month between,'' Lees said.

"We're still well away so we'll just keep ticking over. She's an older mare and she had a long time between runs so after this trial we will probably get a bit more serious.''

Lees said Graff, last year's fifth placegetter, will also trial on Monday then go to the Concorde to chase his Everest berth.

Chris Waller hasn’t confirmed his plans for the two WA mares but said this week he’d like to keep them apart for their lead up runs.

This means a race like the Group 2 Sheraco Stakes (1200m) on September 14 could suit Arcadia Queen, giving her a month into The Everest, while the more established sprinter Enticing Star is left to tackle The Shorts (1100m) a week later.