First International To Arrive On Saturday

Quarantine will start early this year for the Sydney autumn carnival, with British five-year-old Eminent set to arrive on Saturday. 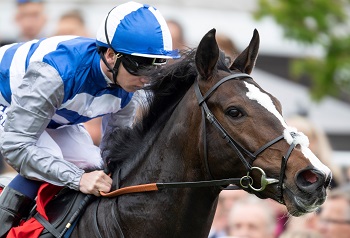 Set to be trained by decorated former Olympian Sir Mark Todd, Eminent has been set for the G1 Ranvet Stakes (2000m) before a clash with star mare Winx awaits him in the $4m G1 Longines Queen Elizabeth Stakes (2000m). The son of Frankel will have a companion at Canterbury Park Quarantine, Kim Waugh’s retired racehorse His Majesty.

“We have been very proactive in trying to get horses participating at the start of the carnival,” said ATC’S James Ross, General Manger of Racing, Wagering and International.

“Eminent had sensational form as an early three-year-old and if he can recapture that he will be very competitive. If you go back to his early runs he has genuine Group One form around horses like Decorated Knight and Poet’s Word. His connections are specifically targeting the Ranvet with him, that’s a key part of their plan.”

Eminent, owned by Sir Peter Vela, ran fourth in the 2017 G1 Epsom Derby behind Wings Of Eagles and The Cliffsofmoher before three months later running third in the G1 Irish Champion Stakes (2012m) at Leopardstown.

“We have been speaking to a lot of connections about bringing horses to enhance their stallion appeal if they target multiple Group One races. There are also a number of horses that in the future will potentially end up in Australia and it is pleasing to see trainers using the Sydney Autumn as a pathway. Connections obviously can consider that option pending how they run.”

The Championships saw strong international entries this year, with 21 from Japan and 10 from Great Britain and Ireland.

“It is exciting to see internationally trained horses keen to take on Winx in the flagship race, the Queen Elizabeth Stakes,” continued Ross.

“Our goal has been to continually build the profile of the international races throughout the entire Sydney Carnival and it is encouraging to see the investment in races like the Sydney Cup rewarded with increased entries again this year, 128 overall including eight Japanese entries in particular.”

On the Sydney Cup, Godolphin’s Charlie Appleby is eyeing off the race again, having won the $2 million staying feature with Polarisation in 2017.

Appleby has nominated Dubhe, a four length last start winner over two miles at Meydan, and Ispolini, also a last start winner in Dubai, for the Sydney Cup. Mythical Magic has been nominated for the G1 $3m The Star Doncaster Mile (1600m) while D’Bai is being considered by the stable for the G1 All Aged Stakes (1400m).