Trainer Kristen Buchanan believes the promising Delexo ($1.90 favourite on TAB) is ready to back up a slashing first-up display when he lines up in Thursday's George Moore Benchmark 64 Handicap (1000m) at Kembla Grange.

Delexo recently made the perfect return from a let-up when carrying topweight of 60kg from a wide barrier to surge to a dominant 3-3/4 length success over 1000m at Muswellbrook on September 2. 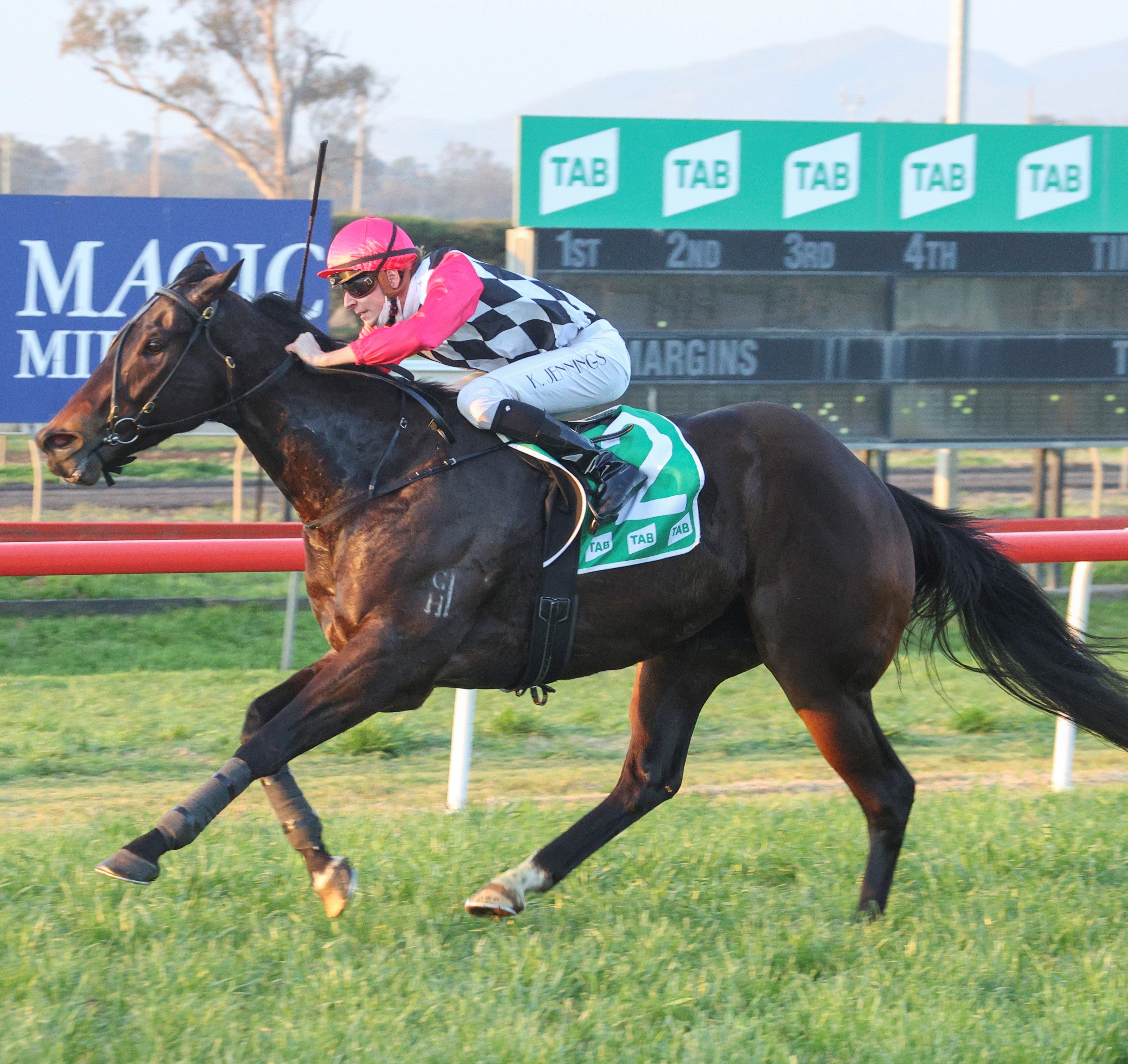 Delexo (Koby Jennings) darts away to score at Muswellbrook. Image by Bradley Photographers

"That was my big query, running him two weeks after racing like that when he really put in a performance like that but he seemed to do it comfortably without putting himself under too much pressure," Buchanan said.

"That is something he often does (puts too much pressure on himself) and it can take a bit out of him.

"I've been pondering if we should for the past week but I feel he is ready for it."

Delexo produced a similarly dominant performance at his first visit to the races back in January 20 on home turf at Wyong after lightly-raced gelding backed up three trial wins with a classy 2-3/4 length victory over 1000m.

But the son of Exosphere was unable to back up the performance at four subsequent runs during that preparation.

"He was really impressive with his first-up win at Wyong and has trialled well leading into it but he was still immature," Buchanan said.

"He is a really big horse, more than 17 hands but is still a baby and sometimes I think it can take the bigger horses a bit longer to grow up than the smaller ones.

"I probably should have tipped him out after his first-up run but got a bit carried away with his performance.

"When he came back in and performed like he did, I was like 'you beauty' because he has always had the ability but has improved his manners now as well."

Punters are expecting Delexo to go on with the job and have backed him from $2.25 into $1.90 since markets opened with TAB.

The gelding will be aided by the services of Australia's leading jockey James McDonald and Delexo drawn barrier eight in a field of 10 for his second-up assignment.

"He has drawn wide but I don't mind that for a horse like him," Buchanan said. "There are some nice horses in the race but he's racing well and we've got James on board."

Kembla's seven-race card jumps at 12.50pm. Meanwhile, Kembla Grange's next meeting on Saturday 25th September has been transferred to Goulburn.