Exciting Changes To The Everest Carnival

An extended Everest carnival will now be held over six weeks with a number of new races being introduced and significant increases in prizemoney for other races.

The carnival will for the first time have a feature race carrying at least $1 million in prizemoney each week.

The $7.5 million Golden Eagle at Rosehill Gardens on 2 November 2019 will now be supported by the advent of the $1 million Winners Stakes to be run over 1300m under set weight and penalty conditions.

This race will be renamed each year in honour of the previous year’s winner of The Everest and accordingly, will be known as The Redzel Stakes in 2019.

The Golden Eagle meeting will also see the running of the inaugural Rosehill Gold Cup over 2000m for prizemoney of $500,000, also attached to a bonus from races on 5 October and 19 October 2019.

The path to the Golden Eagle will include the running of a new race being the $500,000 Silver Eagle over 1300m at Royal Randwick on Saturday 12 October 2019, three weeks prior.

The Silver Eagle will be restricted to four-year-olds and run at set weight and penalty conditions.

Please click on the following link to read the entire media release:-

Exciting changes to The Everest Carnival 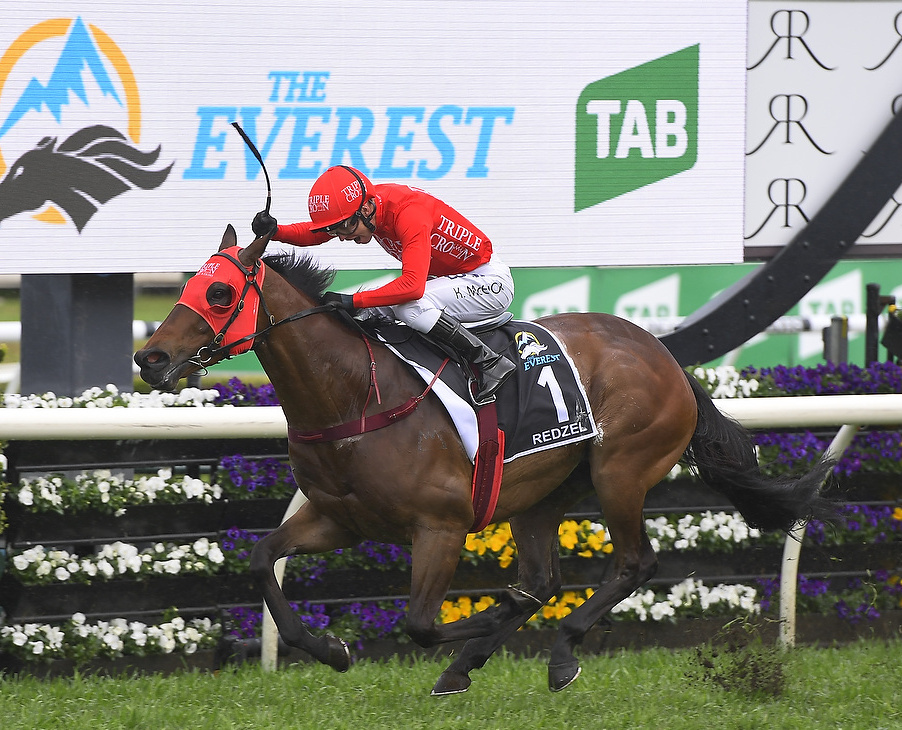 Redzel - a dual winner of The Everest - will have a new race named after him this spring. Image by Bradley Photographers