Dreaming Of Claiming Her First-Ever Win At Hawkesbury

Today's Hawkesbury meeting wasn’t initially on in-form Newcastle trainer Nathan Doyle’s agenda. But he now views it as a splendid opportunity to put an end to his consistent mare Dreaming Of Gold’s current status as one of the country’s best maidens.

Dreaming Of Gold ($1.95 favourite on TAB fixed odds) has raced four times for as many seconds (beaten less than a half-length in three of them), and gets her chance for a vital breakthrough in the Asbestos Diseases Foundation of Australia Provincial & Country Maiden Handicap (1100m). 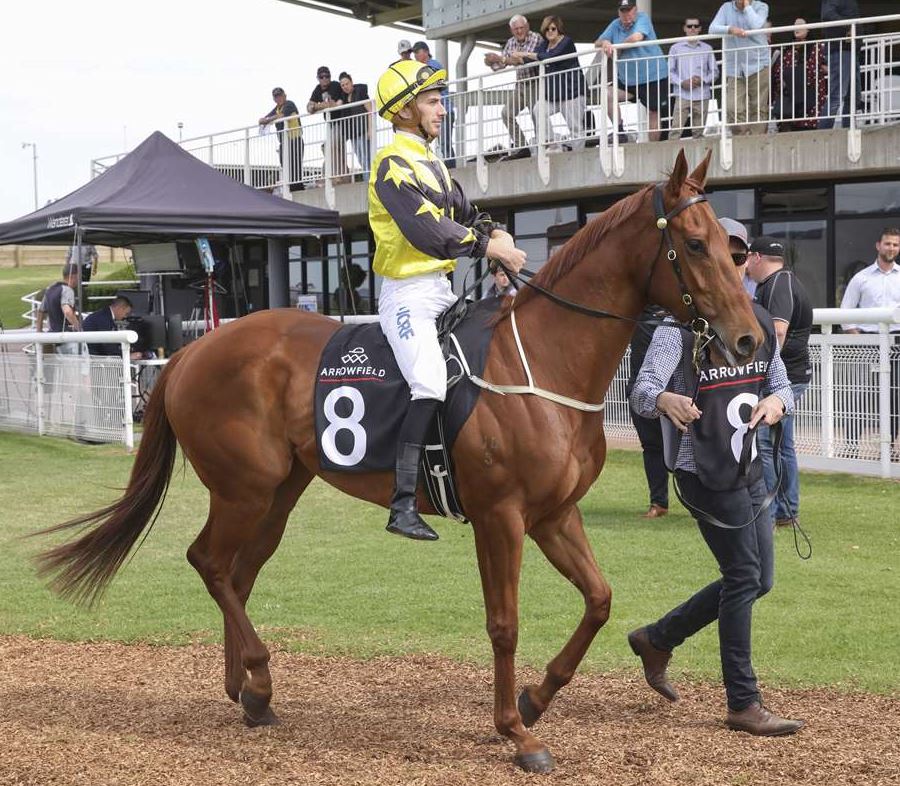 “I didn’t plan to back up the mare after her narrow defeat at Hawkesbury last Saturday week, but changed my mind when there weren’t a lot of entries for the race,” Doyle explained.

“I’m not concerned about Dreaming Of Gold coming back from 1300m to 1100m. She is jumping out of her skin.

“She attacked the line at her first run back over 1150m on the Beaumont Track on February 17 (the winner Icebath scored at her next start at Kembla Grange and then was beaten less than a length when sixth in the $200,000 Group 3 Classic there last Friday).

“Obviously she has to carry topweight (58.5kg), but hopefully is good enough to beat them.”

Dreaming Of Gold’s race has been reduced to six runners following the withdrawal of dual acceptor Gooky’s Gift, who instead runs in the Sweepstakes Maiden Handicap (1300m).

Sam Clipperton, who scored on Zoffany’s Lad at Rosehill Gardens last Saturday, rode Dreaming Of Gold when she was pipped on the post by Cathars at Hawkesbury on March 7, and has the mount again today.

The Magic Albert mare is raced by a large syndicate headed by From The Track magazine publisher Allen Hardes. TAB fixed odds has her as an odds-on favourite to shed her maiden status, and she is Paul Joice’s best bet at the meeting.

Doyle is in outstanding form, winning with nine of his last 19 starters – and that statistic could have been even more impressive as four of his beaten runners were seconds.

He has also announced plans to give his exciting three-year-old Pride Of Adelaide – an impressive winner on the same Hawkesbury card when Dreaming Of Gold was edged out – his biggest test in the $200,000 Group 2 Tulloch Stakes (2000m) at Rosehill Gardens on Saturday week.

The lightly-raced three-year-old has won two of his four starts (and was runner-up in the other two), and goes from a Class 1 Handicap (1500m) romp at the Hawkesbury meeting to taking on his own age and sex at set weights (56kg). Pride Of Adelaide also holds an entry for the $2m Group 1 Australian Derby (2400m) at Royal Randwick on April 4.

Hawkesbury co-trainers Jason Attard and Lucy Keegan-Attard will take on Dreaming Of Gold with both Moinda (Rachel King, $5.50) and Psicopatico (Kathy O’Hara, $13).

Robinson preferred the 1500m event rather than the longer 1800m Mounties Group Maiden Plate for High Intellect, a four-year-old Reliable Man mare who has faced the starter only twice to date.

The rail is in the TRUE position for today’s second meeting of the year, and the track this morning was rated a Soft 7 following 12mm of rain in the past 24 hours.