Newcastle trainer Nathan Doyle will saddle up three promising gallopers at Monday’s Newcastle Beaumont Track meeting which has been transferred from Cessnock.

Doyle’s trio are Dreaming Of Gold, Pride Of Adelaide and Gironde. Dreaming Of Gold will contest the 1150m Maiden Handicap and she has been very unlucky in both her starts to date.

The four-year-old mare had her debut at Tamworth in August and after being slowly away she was second last in a field of 12 on the home turn.

Dreaming of Gold unwound a powerful finish to finish second, less than half a length from the winner. The mare’s others start was at Tuncurry in September and again had a hard-luck story. 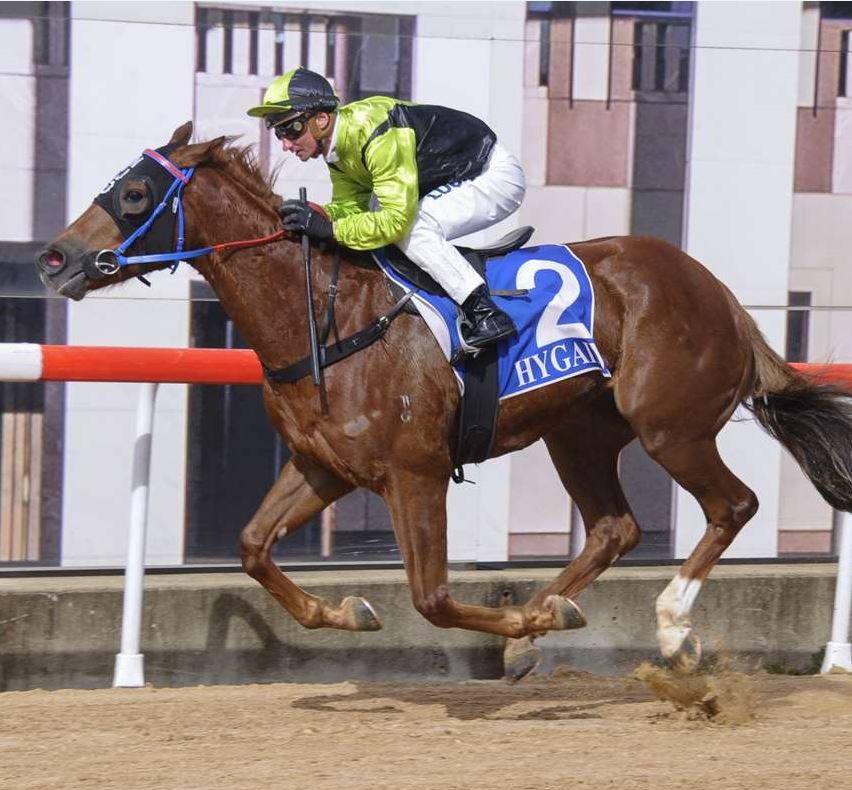 Slowly away, Dreaming Of Gold came from back in the field to just miss. She trialled impressively at Newcastle recently.

The three-year-old had his only start for Doyle at Port Macquarie on January 24. The son of Cox Plate winner Adelaide is immature and green, and he ducked out badly 100m from the finish.

He was beaten three-quarters of a length and will run in the 1300m Maiden Plate with the longer trip ideal.

Gironde is unbeaten in two starts for Doyle and the three-year-old faces a strong Benchmark 66 Handicap field over 1350m. However, he is talented and Doyle discussed his trio's prospects on Thursday.

“Dream Of Gold was sensational at Tamworth off very fast final sections, in fact, she posted the fastest last 100 metres of the meeting," Doyle said.

"Her trial was just what I wanted and she is bred to win. Pride Of Adelaide is raw and he ran away from the whip first-up.

"He will have blinkers on Monday and will love the jar out of the track.

"Gironde is a horse that loves to chase and he was left in front too far from home last start but still won. I’m not sure if he will be comfortable on a wet track."

Kris Lees has accepted with 11 of his team for the Beaumont meeting. The premier trainer's promising four-year-old Apollo Prince resumes after a long spell in the 1150m Class 1 Handicap.

The gelding bolted in on debut at Newcastle last April and was placed at Wyong in May before heading to the spelling paddock. He has had two quiet trials in readiness for his first-up run.

Lees's three-year-old Captain Solo is ready to win after being runner-up in his two starts this preparation. Another Kiwi-bred, Captain Solo just failed to catch Awesome Lad first-up at Gosford. He tried hard when runner-up at Gosford on February 4.