Danish A Fabulass Opportunity For Bullock To Shine

Jockey Aaron Bullock has been waiting something like 21 months for the chance to partner talented mare Miss Fabulass on race day. 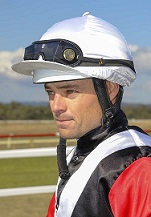 Back in February last year, Bullock rode the then unraced Kris Lees-trained filly to an easy barrier trial victory and thought to himself she’s very promising and given she was bound for elite company he’d never get to ride her again.

That’s not being unfair on the 29-year-old, who plies his trade largely on the country and provincial circuit, but as luck would have it Lees has handed him a rare chance to post a stakes win on Miss Fabulass in the Group 2 $500,000 Hyland Race Colours Hot Danish Stakes (1400m) at Rosehill on Saturday.

“It’s good to get this opportunity, that’s for sure, I’ll make the most of it,’’ he said.

“She just got beaten in a Group 1 one day, she’s a good horse. I’m looking forward to it, don’t worry about that.’’

Many may not realise but Bullock is actually Australia’s leading jockey by wins this season with 68 already in the bag, at a strike rate of just under 25 per cent, and he’s already closing in on his personal best season tally of 107.

The current national record is 234 set by William Pike last season and if he’s within sight of that mark coming to the last couple of months of the season Bullock said he’d no doubt focus on it but at the moment it’s a pipe dream.

“If we can average 20 winners a month, which I’ve been doing, and stay consistent I could break his record,’’ he said.

“But that’s just talk. Over the years I’ve learned in this game you have to take every opportunity as it comes.

“If I get close I’d definitely be doing extra miles and more meetings and pushing to get there but for now I’m just concentrating on the rides I’m getting and giving them every chance.’’

Bullock has only had six rides at stakes level and is yet to win one but in Miss Fabulass he knows he’s on a horse with the ability to come out on top if he can harness that ability.

She’s had two runs back from a spell and while finishing seventh in both she’s recorded the second fastest last 600m in both – last start she clocked 32.75 (Punter's Intelligence), just 0.02 off the day’s best, in the Nivison over 1200m.

The daughter of Frankel was a Group 2 winner at 1400m as a three-year-old last spring and is a $10 chance with TAB as she faces off again with the six mares who beat her home at Randwick last start.

“Her last couple of runs have been in races where they haven’t been making up ground but her sectionals late have been the same as any other horse in the race,’’ Bullock said.

“I think her runs have been building up to a peak, Kris has put her in short ones to get her racing manners right.

“If she came back and did what she did last preparation and go a bit fierce she wouldn’t be able to finish off.

“I think everything is going well for her, I’m happy we’re drawn where we are because we can get cover and not be muddled up between horses.’’

Bullock is upbeat about the chances of his two other rides at Rosehill, honest sprinter Americana Magic and country stayer Art Attack.

Americana Magic resumes in the Schweppes Handicap (1100m) and Bullock said the inside alley will allow him to put the gelding, who won first-up last prep, on the speed easily.

“When he’s worked in some of his runs it’s left him vulnerable late,’’ he said.

“I can’t see him having to do any work and he’s going to be strong late, I really like his chances.’’

Art Attack was runner-up in the Cessnock Cup at the start of last week and Bullock said the $125,000 Country Classic (2000m) is a suitable race for the seven-year-old.

“He’s a tough stayer who is pretty hard work in a race,’’ he said.

“He gets back and get off the bit then he will come again late. In a country race he’ll be all right, that’s definitely his grade, and at that distance you can be confident he can run top three if he runs to his best.’’